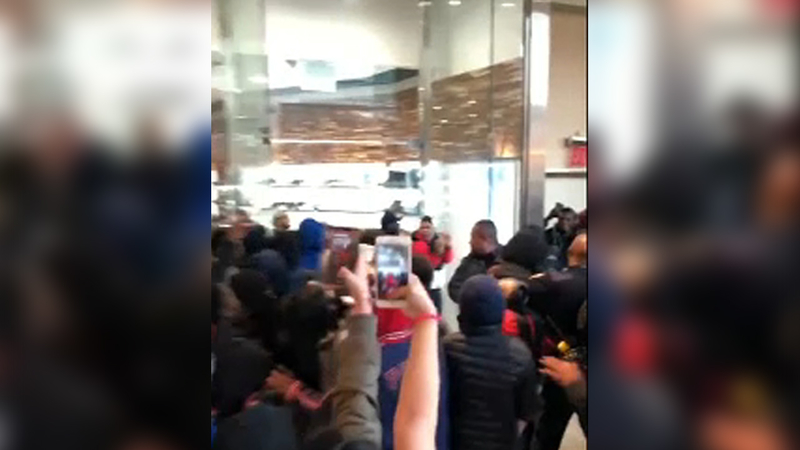 QUEENS, New York -- Police were called to the Queens Center Mall Friday after a rap star's planned appearance led to an unruly crowd that some described as a stampede.

Witnesses say the rapper A Boogie Wit Da Hoodie, whose real name is Julius Dubose, was scheduled to stop by the Puma store on the third floor for a wrist band-only event, drawing a large crowd that apparently got out of hand.

Authorities say more people showed up than were allowed to enter, which led to pushing and fighting. The event was canceled as a result.

It's unclear what specifically sparked the chaos, and there were at least two people physically fighting. Video showed two people throwing punches.

The students congregating in the mall apparently only had a half day of school, and it appears there were large pockets of disruptions with a group of students ransacking another sneaker store.

Witnesses say some kids were yelling at each other, at security, and even police officers.

Officers shut down parts of the mall in an effort to disperse the crowd. They say no one was hurt, and there was no public safety issue.

At this point, no arrests have been made.