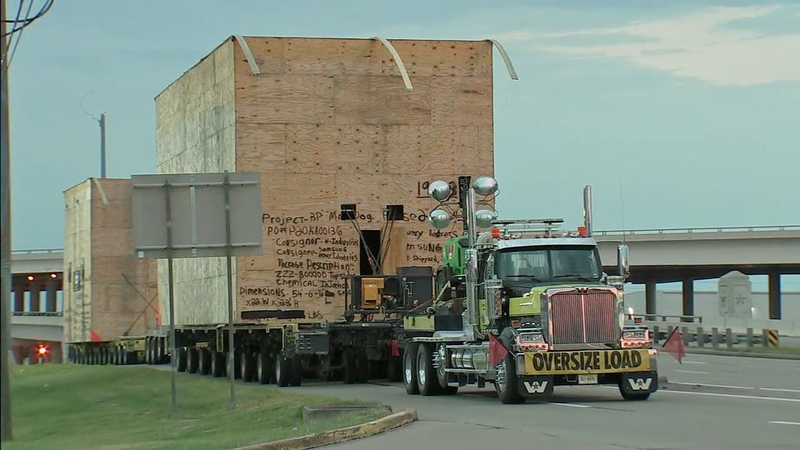 HOUSTON, Texas (KTRK) -- After traveling for nearly a week, the massive crates that have been moving through Houston have finally made it to the Bayport Cruise Terminal.

Throughout the week-long commute, the crates caused many delays on several Houston area roads.

The crates, which carried sections of a drilling ship ordered by Samsung Heavy Industries, required more than 30 state troopers and 20 bucket trucks during their move through the city.

The giant crates making their way through Houston stopped in the area of U.S. 59 and U.S. 90 Sunday. Their journey is expected to take two more nights to complete.

Along the way, the caravan has blocked traffic, moved power lines and temporarily relocated some traffic signs.

The large crates slowly made their way down back roads, service roads, farm-to-market roads, county roads and some freeways.

Now, the crates are being prepared to be loaded onto a ship headed for South Korea for a month-long journey.