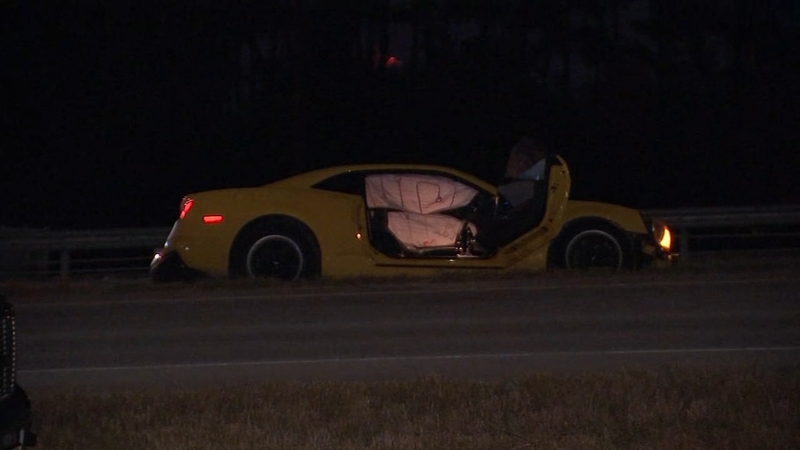 A teen is in the hospital after she was allegedly racing a motorcycle and lost control on a highway in northwest Harris County.

Harris County deputies say the crash happened around 9:45 p.m. Monday on the Grand Parkway near FM 2920, a road authorities say has several curves that drivers don't expect and crashes are very common.

According to authorities, the 19-year-old was driving a yellow Camaro and was reportedly racing someone on a motorcycle when she lost control on one of the curves on the road.

Several witnesses said they saw a motorcycle and Camaro that appeared to be racing at a high rate of speed.

Deputies say the motorcyclist involved in the incident did not stop.

"Motorcyclist never stopped," Sgt. DaShana Cheek-McNeal told ABC13. "One witness said it (the motorcycle) appeared to be a dark-colored crotch rocket. No further identities on the type of motorcycle or suspect that was on the motorcycle."

The teen driver hit the median on the highway and crashed out. She was taken by LifeFlight to Memorial Hermann, where she is in critical condition.

Last night, @HCSOTexas investigated a major crash at 8934 N. Grand Parkway W. It appeared that a female driver in a Camaro was traveling at a high rate of speed when she lost control & crashed into the steel divider cable. She was possibly racing a motorcycle which did not remain