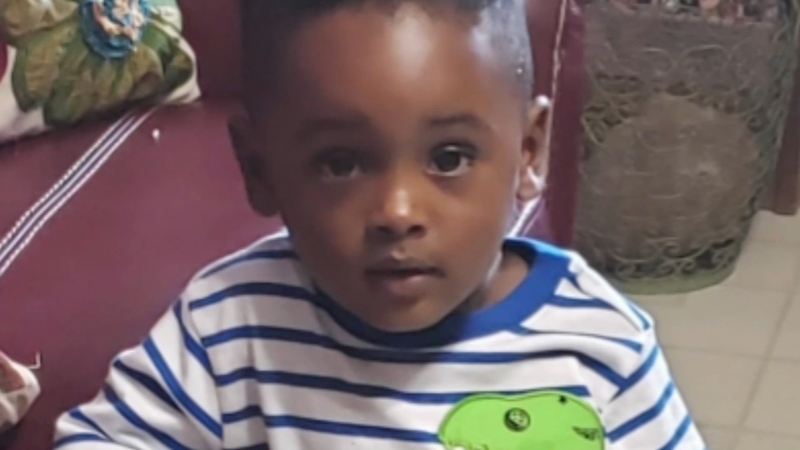 It happened just before 5 a.m. Sunday in the 49000 block of Sam Houston Parkway near Hollister.

Deputies say one of the two vehicles involved ran a red light, causing the car carrying the boy to be pushed across a median.

The boy and his father were taken to the hospital, with the boy suffering brain swelling and possible brain damage, the doctors said.

ABC13's Stefania Okolie talked to the boy's uncle, Davon. He said he is also a father and that it was difficult watching his nephew in those conditions solely because someone wanted to speed through a red light.

The uncle has a message on behalf of the family, which is simply, "just slow down," Davon said.

"There's no reason to be going that fast," Davon said.

Deputies say thankfully, the boy was safely secured in a car seat.

"We can't stress the importance of child safety seats," said Sgt. Dashana Cheek-McNeal with the Harris County Sheriff's Office. "If he'd not been in a seat, it would've been very very bad."

The driver of the other vehicle involved was on his way to work, according to deputies. Deputies say there were no signs of impairment from either of the drivers.

Both drivers claimed to have a green light, though it's unclear who was at fault. Deputies say the incident remains under investigation.

The sheriff's office is encouraging drivers to check their children's car seats frequently. To get started, click here.