Semi slams into Greyhound bus with passengers inside on I-45 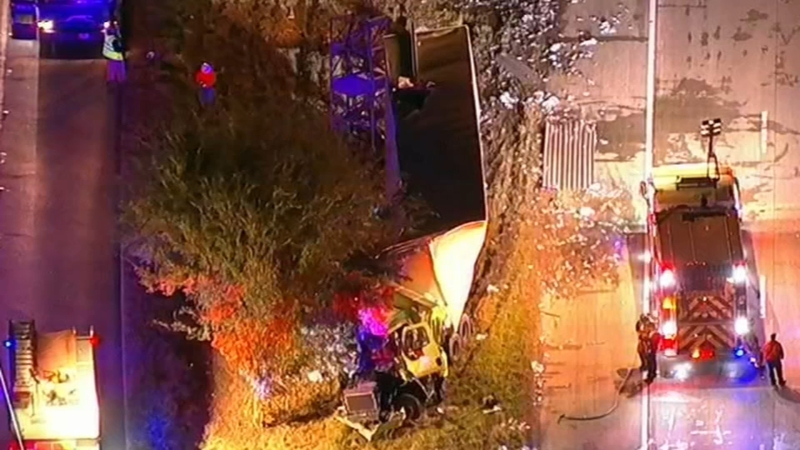 THE WOODLANDS, Texas (KTRK) -- An investigation is underway to find the cause of a major crash involving an 18-wheeler and a Greyhound bus in The Woodlands.

The Texas Department of Public Safety told ABC13 the crash happened just before 5 a.m. Thursday on I-45 at Lake Woodlands Drive, while the disabled Houston-bound bus was waiting for another bus to transport its passengers.

"(The) Greyhound bus was disabled on the side of the roadway, and it was struck by an 18-wheeler," DPS Sgt. Erik Burse said. "That's where we are right now in the investigation."

At the time of the incident, the bus reportedly had 26 people onboard. Five of the passengers were taken to Memorial Hermann Hospital with non-life threatening injuries.

According to DPS, the remaining passengers were switched over to the second bus to be taken to their destination.

Drivers, if this route is a part of your morning commute, DPS says to find an alternate route as they don't have an estimated time on when the scene will be cleared.

"We're doing pretty good by opening up three lanes right now," Burse said. "It's not going to be as fast as everyone wants, but it's a lot better than not moving at all to all."