Mattress Mack says education should be the focus during the pandemic, not pausing the economy 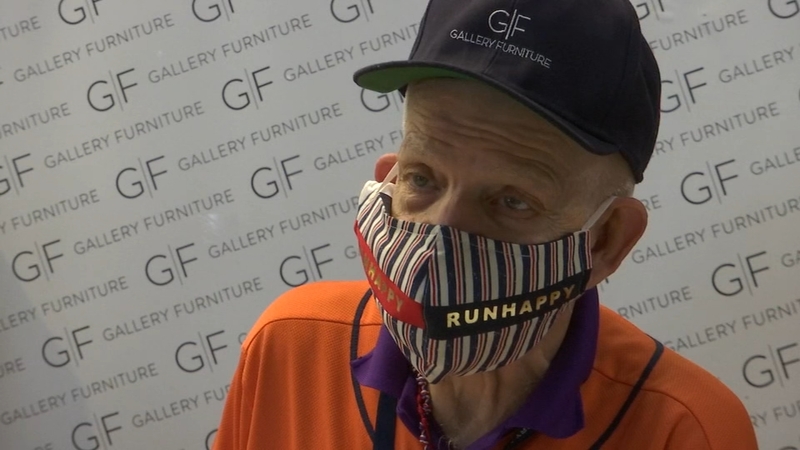 HOUSTON, Texas (KTRK) -- Despite growing coronavirus cases and hospitalizations, a member of Texas' reopening team believes education should be the focus instead of pausing the economy.

A month and a half has passed since Texas started the reopening process. Gallery Furniture owner Jim McIngvale, also known as Mattress Mack, is on a strike force to help the governor with the reopening.

With more Texans in the hospital from the coronavirus than ever before, ABC13 asked what McIngvale would recommend the governor do now.

"I think he should keep on the plan to reopen the state, but I think we need to accelerate a public service announcement saying we still need to wear the masks and keep six to eight feet away," McIngvale said. "Do things to keep Texans safe."

The governor said he won't make masks mandatory, but does strongly recommend them.

"The governor told us in the meeting that this was going to happen," McIngvale said. "The cases were going to go up as they tested more people."

Reopening industries has helped the economy, according to a federal report which showed historic gains for the retail industry.

Americans increased retail revenue by nearly 18 percent from April to May, which is the largest monthly gain ever.

"I would expect Texas specific numbers, when we do get them, would mirror what happened in May at the national level," Texas Retail Association President, George Kelemen, explained.

This week, large amusement parks will be allowed to reopen.

McIngvale doesn't believe the state should halt the reopening process but instead, he said people should not act like the virus is gone.

"Quite often when you go on a diet, your interest in that diet tends to wean after two or three weeks," McIngvale said. "I think that's what happened with COVID-19."

Which is why he said the state should consider a campaign to encourage Texans to wear masks, social distance and wash their hands.