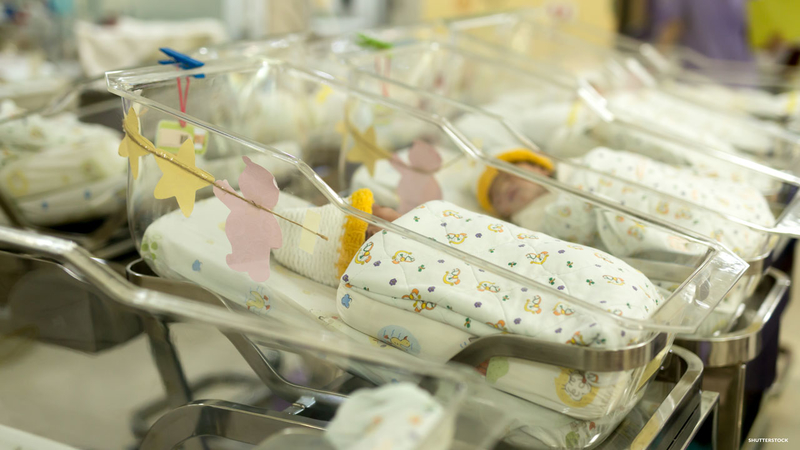 HOUSTON, Texas (KTRK) -- Back in March people were joking that babies born at the end of the year would have names like Pandemica or Cova, but, as it turns out, a COVID-19 baby boom could be a real thing in some areas.

One Houston mom didn't plan to have another baby for three years. Then, the pandemic hit.

"You know, we are not ready for a baby, but we got a puppy. So, we actually got the puppy on Sunday. I had some speculation, you know, and I took a pregnancy test on Wednesday," expecting mom Angela Sherril said.

Suddenly their family of four will now be a family of six.

"It's been nerve-racking, you know, being pregnant during a pandemic," Sherrill said.

Sherrill is a stay-at-home mom and already had her hands full with her two boys. After the pandemic hit, her husband was laid off for six weeks and now, they're awaiting the arrival of their first girl in January.

"The numbers from our clinic do show that there are an increased number of pregnant women compared to our number this time last year," said OBGYN doctor Megan Pallister from Kelsey-Seybold.

Dr. Pallister says the number from her clinic shows there were about 3,500 pregnant women visiting their clinic at this time in 2019.

"I think that a lot of people think that this is a good time to have a baby because they are at home more," Dr. Pallister said.

Dr. Pallister said that's not the case for all clinics. Some places haven't seen a rise at all. She says lack of access to medical care and birth control due to job loss or fear may also be a factor for some women.

"I think time will tell when they aren't able to come in for their birth control, or to get it refilled, or too fearful to come in. I think that's definitely an issue," Dr. Pallister said.

Some experts believe the COVID-19 baby boom won't be widespread. In some areas, job loss and increased anxiety could decrease pregnancies.

Dr. Pallister said she's seen some families expand during this time, but she's also seen COVID-19 have the reverse effect on others.

"I've also seen a bunch of women coming in who thought they were going to try and get pregnant this year, and then the pandemic stressed them out and they've decided to kind of hold off for a little bit," she said.

According to Legacy Community Health in a study published at the beginning of October, pregnancies were not up in their 14 clinics from Houston to Beaumont, showing the baby boom may be the case at some clinics or in some areas but not widespread.