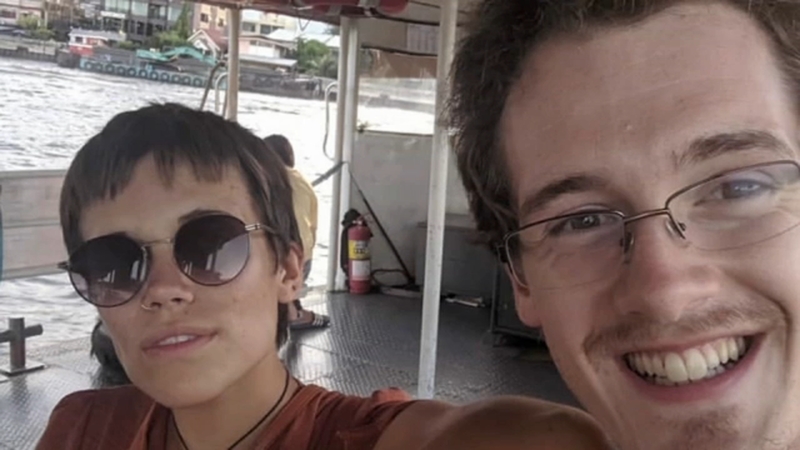 MAGNOLIA, Texas (KTRK) -- Two weeks ago, Denise Lucas was trying everything she could think of to bring her son and his girlfriend home. They were stranded, but halfway around the world in a Malaysian jail.

"We hadn't done anything criminal," explained Will Lucas. "A border guard didn't stamp our passports at the border between Thailand and Malaysia."

The couple was overseas doing volunteer work. When they were about to leave on their flight home, they were approached by immigration authorities.

"We were arrested," said Will's girlfriend, Sam Henry. "A guy comes up to us and says 'We're going to be detaining you for 14 days.'"

The couple is back, visiting the Lucas home for a few days, but only after Denise spent non-stop hours contacting the state department, senators, and ABC13.

"The story put pressure on them," she said. Sam's father also hired a Malaysian attorney. "It was the pressure that the publicity put on the authorities and the social media response that got them out so quickly."

The conditions in the jail were described by Will as deplorable. Compounding that, Sam has serious food allergies.

Will vowed to be more cautious in future travels.

"We'll register with embassies so there's a record of us being in a country, and ask the airline to notify our families if we miss flights, so at least they'll know where we are," he said.

The couple is already planning their next trip to Ecuador. Denise is resigned to her son's love for travel, telling ABC13 "Now, I'll be waiting for them at the hotel and airport and see them off, and meet them when they return, or maybe use a tracking device."