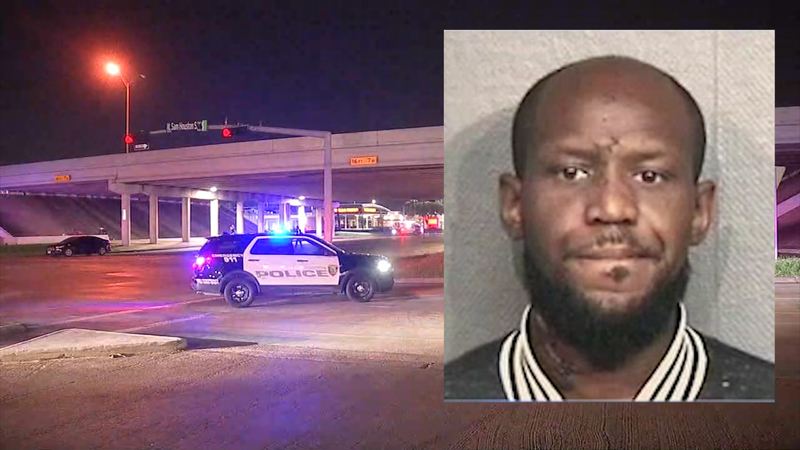 HOUSTON, Texas (KTRK) -- A wanted driver accused of running over a husband and wife while trying to flee another accident in southwest Houston is no stranger to police.

A warrant for Jordache Lenton's arrest was filed Wednesday, just hours after police say he hit the couple under an overpass near Beechnut and the West Sam Houston Tollway.

Police say the two victims had been living under the overpass after they recently lost their home.

According to investigators, Lenton lost control of the black Lexus he was driving around 12:10 a.m. Wednesday, crossed a median and then hit the embankment where the couple was sleeping.

"We lost two members of our community tonight for no fault of their own. It's a very, very tragic scene," Harris County District Attorney's Office Chief of Vehicular Crimes Sean Teare said.

Authorities say the man and woman were still under the vehicle when Lenton ran from the scene.

Lenton is wanted on two charges of failure to stop and render aid, resulting in death.

This isn't the first time we've told you about Lenton. Last year, he was charged with kidnapping after he allegedly held a 15-year-old boy against his will over the summer.

He was accused of sexually assaulting the teen over a period of two months. He was out on a $60,000 bond in that case when he crashed Wednesday.

Police say the driver who ran over the couple was fleeing another accident down the road.

The man in the first accident says the driver, who reportedly reeked of alcohol, hit the back of his sedan and then tried to flee the accident, but was followed.

After a short chase, the driver pulled over into an apartment complex and begged the man in the sedan to not call the cops.

Moments later, the driver walked back to his car and reportedly took off.

"We were just involved in a crash and it could have been us. They were homeless. They were not expecting to get killed by a crazy person like that," the first crash victim Rolando Orellana said.

We're told the couple leaves behind two dogs, who are now in the custody of BARC.

Anyone with information on this case is urged to all HPD Hit and Run unit at 713-247-4072 or Crime Stoppers at 713-222-TIPS. You can also submit an anonymous tip online at www.Crime-Stoppers.org.