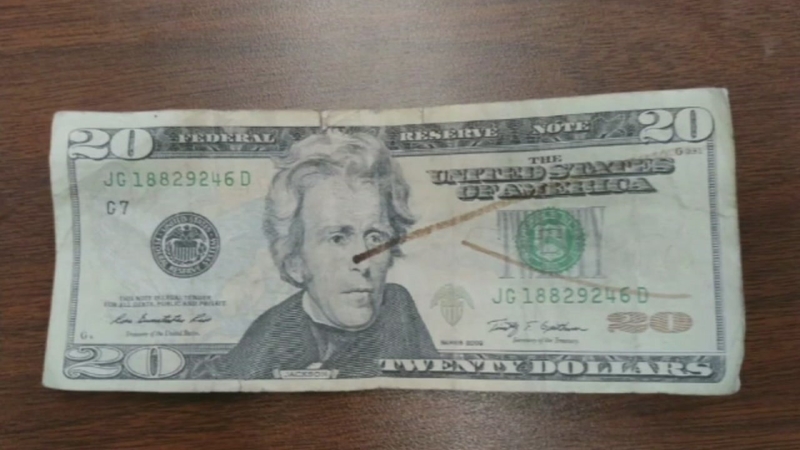 It's because he unintentionally used a counterfeit $20 bill in the lunch line in Georgia.

The boy's father says he got the bill in change from a fast food restaurant outside Atlanta. He gave it to his son to pay for lunch.

When the middle schooler tried to use it, a cafeteria worker marked it with a counterfeit pen.