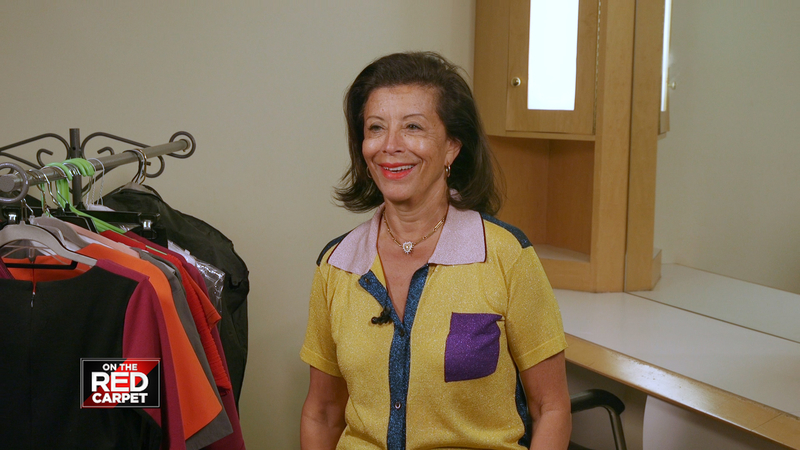 Oscar buzz for the costume designer of 'Judy'

LOS ANGELES -- With two highly anticipated films opening within the next 12 months, multi-award-winning costume designer Jany Temime has had a busy year.

Temime has always been a fan of Garland and pointed out that the late actress was a huge fashion icon. "She [had] been dressed by the best designer[s] from age seven," Temime said. The costumier conducted a lot of research in order to pay homage to Garland's fashion sense, especially for the dresses featured in her shows.

The costume designer also expressed her enthusiasm about working with Zellweger again: "I had been working with Renée on 'Bridget Jones' many years ago. It was very emotional for me to see her again 10 years later."

With a relatively small budget and tight production time frame, Temime loved the challenges the film presented. Despite the numerous costumes featured in the film, Temime said she only had two months to design the apparel and get it approved by the director.

Production pressures aside, Temime's favorite part about working on the film was bringing 1960s Carnaby Street to life. "It was just an explosion," the fashion designer said of the London fashion scene. In order to live up to the famous fashion era, Temime composed unique pieces from vintage fabric she scoured London for.

A lot of care was put into creating the biopic, and not just in the handmade, showstopping costumes. Temime revealed, "It was a work of love and I hope that everybody will feel it."

It's no surprise that "Judy" is already earning early Oscar buzz, and Temime is the film's biggest advocate: "I would really love it because 'Judy' was a small film and a very artistic project...I think it would be fantastic to put that sort of film in the picture."

In case fans at home are curious, the "Black Widow" actress is just as cool and powerful as her alter ego. Temime loved styling Johansson and described her as "a force of nature, a very strong woman."

Temime may have enjoyed designing for the Marvel superhero, but she also had a blast working on action flick "Red Notice" due to one special actor.