Skeeter's President aboard ship where crew members tested for COVID-19 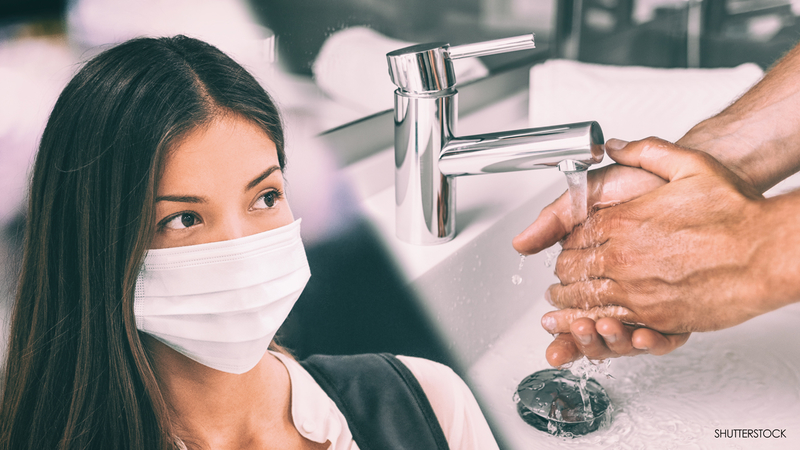 SUGAR LAND, Texas (KTRK) -- Concerns over the impact of the Coronavirus are hitting home.

A local resident got a scare on a cruise ship. The Carnival Fascination was supposed to stop in St. Lucia, but didn't after a crew member became sick and put everyone on high alert.

Christopher Hill, the president of the Sugar Land Skeeters professional baseball team, is on the ship.

"This is my wife and I's getaway before the season starts," said Hill.

They were taking a week-long getaway in the Caribbean and were supposed to stop in St. Lucia.

"A lot of people were waiting to get off, and no one was getting off. We ended up circling the island."

They ended up going to Barbados a day early, but didn't stop after a crew member became ill and had to be tested for the coronavirus.

"Everyone was relatively calm. No one was freaked out," he said.

Guests on Carnival Fascination have been cleared to disembark in Barbados after a precautionary COVID-19 test on a crew member came back negative, as was expected.

The ship remains in Barbados until Friday evening, when it will depart for San Juan, as part of its planned itinerary. Carnival Fascination arrived in Barbados a day early after it canceled the call scheduled for St. Lucia when officials there were not equipped to address a crew medical issue. The crew member in question did not meet the criteria for COVID-19 set by public health experts, including the Centers for Disease Control and the World Health Organization. Barbados officials worked closely with Carnival to accommodate the change in the itinerary, but requested a COVID-19 screening in an abundance of caution with which Carnival complied.

Carnival Cruise Line President Christine Duffy thanked Prime Minister Mottley for the cooperation of her government and her concern for the health and safety of the residents of Barbados as well as Carnival guests and crew. She also expressed her appreciation for the Carnival Fascination guests for their patience over the course of the day on Thursday.

Carnival Fascination's next cruise will depart from San Juan as scheduled on Sunday, March 1.

The Coronavirus is also having an impact on the Port of Houston. The Port said it's received notifications that some ship deliveries from east Asian trade companies have been cancelled.

It's the shippers who've made those cancellations.

Companies have canceled six ship deliveries for the month of March from the port's public terminals. There are private terminals as well.

Professor Margaret Kidd said the economic impact can all trickle down.

"You look at say, the port of Los Angeles, whose trade volume was down 25% in February, that means that trickles down," said University of Houston professor Margaret Kidd.

She said it ultimately can impact manufacturing as well.