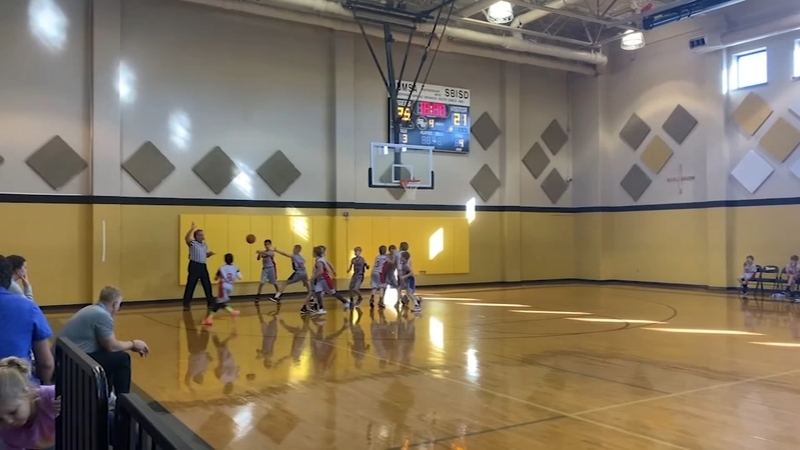 HOUSTON, Texas (KTRK) -- A local pediatric cardiologist said hospitals are seeing children with COVID-19 with everything from mild to severe symptoms.

Nearly one-and-a-half million children have tested positive for COVID-19, according to the American Academy of Pediatrics and the Children's Hospital Association, which includes children from 49 states.

"I love it a lot because it's really fun. Like if I'm not feeling well and I'm sad or something, I just go out and play basketball," said Nick.

But recently, something put a stop to the 13-year-old's game.

"I had a really bad headache and every time I went up the stairs I couldn't breathe because it was so tiring," he said.

Nick caught the virus in early November, and it came as quite a surprise.

"When he was trying to take deep breaths, he had to stop in the middle to catch his breath," said Nick's mother, Silen Pahlavan.

Nick's mother took him to the doctor, and to her surprise, he tested for strep and COVID-19.

The symptoms were concerning, and Nick's younger brother Noah also got the virus. Over time, both siblings got better, but their mom was still worried about the long-term effects, so she took them to get checked out by a cardiologist.

"It's not always the immediate viral infection, but a lot of times it can be what we call a post-viral complication, where it's just the body's reaction to the virus, which can affect the heart muscle itself," said Dr. Tal Gospin, a pediatric cardiologist at Memorial Hermann Hospital.

After Gospin did the exam, she shared the results with the family.

"Their hearts looked great, so I think everyone was very relieved," said Gospin.

That was great news, but Gospin said that's not always the case. She said some patients get very ill and then end up making a complete recovery.

"We've had others that have presented pretty mild symptoms with their initial infection, but then have gone on to have significant fatigue and having difficulty with activity," said Gospin.

She says the best thing to do is see your physician before returning to any physical activity.

Nick took Gospin's advice, and now he's back on the court.

"I was really happy when she said that I can go out and play basketball or any sport now," said Nick.