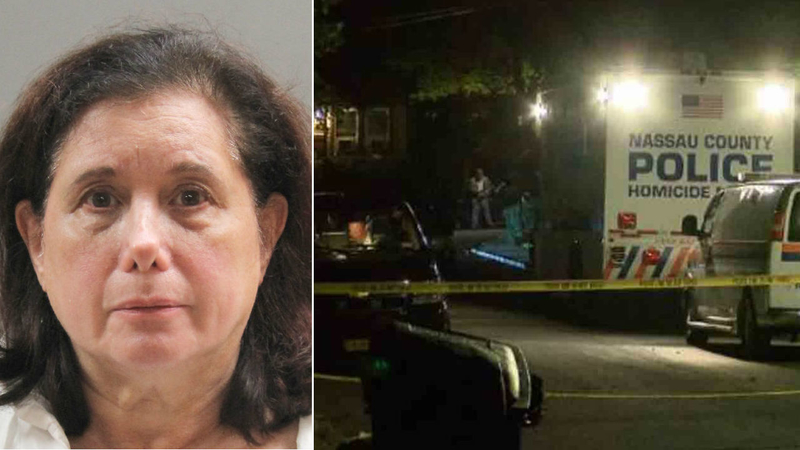 GREAT NECK, New York -- A 66-year-old woman is accused of stabbing a woman from England to death in a Long Island home.

Officers responded to the house on North Road near Spring Lane just before 4 p.m. Monday.

Police say 66-year-old Faye Doomchin was arrested Tuesday morning in connection to the stabbing. She has been charged with 2nd degree murder.

Police say the 60-year-old victim -- who has not yet been identified -- was visiting Doomchin's home when the stabbing occurred.

"Sometime while sitting in the living room, they were talking and the woman made statements that she did not like the woman from England and she claimed she needed to rid the house of evil and she appeared from the kitchen with a kitchen knife, walked right over to her and stabbed her in the chest," Det. Lt. Stephen Fitzpatrick said.

Police said Doomchin and the victim had never met before, but they have a male friend in common and that is who the victim was visiting when they met at lunch.

After lunch, the victim came to Doomchin's home to socialize, play the piano and have cake and coffee when the incident occurred, police said.

Doomchin is being held without bail and her attorney has requested a medical examination.

"There are no words to describe how tragic this case is. We are now investigating the facts to determine what actually happened and, just as important, why this tragedy occurred," her attorney said.

Neighbors who have been friends with Doomchin for years said this behavior is out of character.

"She's such a loving mother. So kind," said Negar Paknoush.