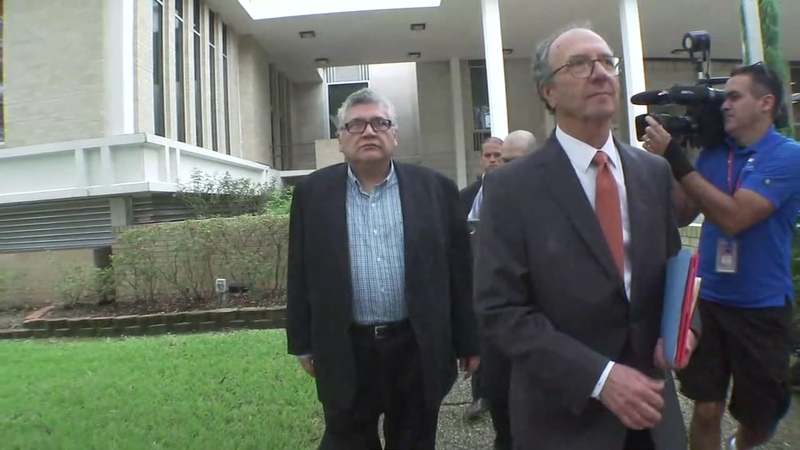 A clean-shaven La Rosa sat in the courtroom alongside two of his attorneys for less than 15 minutes, while a third attorney signed paperwork.

La Rosa did not stand before a judge during this appearance.

Investigators say La Rosa abused a young girl and boy in the late 1990s to early 2000s at Sacred Heart in Conroe, while he was a priest there.

In the last week, a man came forward saying that La Rosa sexually abused him when he was a 13-year-old altar boy.

The man has asked to stay anonymous, but his attorney says they have filed a police report.
At this point, La Rosa has not been charged in that case.

La Rosa's attorneys did not stop to answer questions, but instead, dodged media by going through a back staircase at the Montgomery County courthouse.

One of the attorneys did tell Eyewitness News that the hearing would be reset to Jan. 10.

Since the charges were filed, the Montgomery County District Attorney's Office has fielded 50 to 60 calls about La Rosa, according to the prosecutor.

"Each one of the calls we received, we're running down, we're interviewing, we're following up on," said Tyler Dunman, who is prosecuting the case. "Some of the calls have been helpful. Some of them are not so helpful. We're continuing to ask the public to come forward with information."

La Rosa is currently out on bond, but he must follow strict rules like wearing an ankle monitor, not having contact with anyone under the age of 17 and following a curfew.