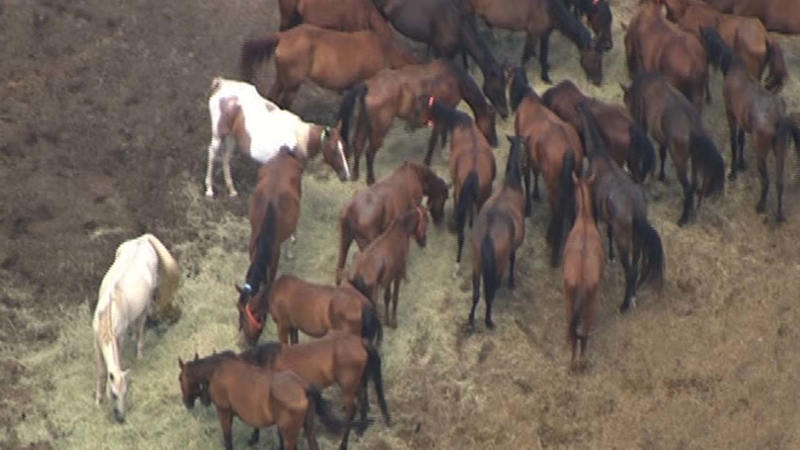 CONROE, TX (KTRK) -- Montgomery County authorities and the Houston SPCA continue to investigate a dairy farm in Conroe this morning.

Last night, police arrested Herman and Kathleen Hoffman, the couple who owns the farm. Their arrests come after police executed a search warrant and found evidence of animal abuse.

The farm, known as the Calico Dairy Farm, is a horse-breeding facility located on the 10,000 block of League Line Road. Late Wednesday, authorities seized roughly 200 horses and dozens of cows and goats.

Montgomery County 1st DA Phil Grant says his office was only recently able to get a search warrant after recent former employees gave statements to investigators.

According to court documents, recent former employees detailed numerous incidents of animal abuse to investigators. Allegations ranged from animals being malnourished and dying of starvation, to other animals not given proper medical care.

Former employees described how one a horse was left in the sun without any cover or water, causing the animal to "cook" from exposure. Witnesses stated that the horses skin "was falling off" upon being touched. One witness told investigators that several horses had been burned on the property, rather than being taken to the dump.

Officials say most of the animals will remain on the farm under the supervision of law enforcement. However, the SPCA has said it will remove on Thursday at least 40 horses considered to be in the worst shape. Officials are also concerned with the resources it will take to rescue and care for all of the animals.

"Part of the assessment is the size of the herd. I don't know that there is any one place that is capable of taking 200 horses, and there has to be a threshold amount. So some of the horses are thriving, and there are obviously some that are not in good shape at all," said Bret Ligon, Montgomery County District Attorney.

The county will spend $15,000 to care for the animals for the next ten days.