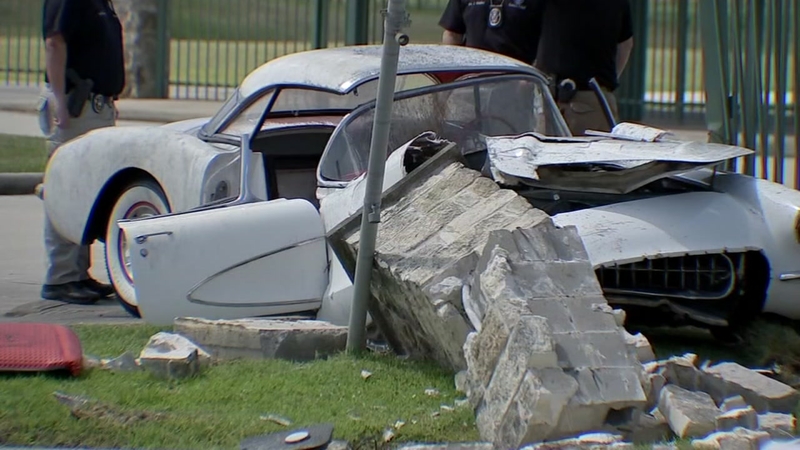 CONROE, Texas (KTRK) -- Conroe police say they believe foul play was involved in the death of a man who was found in a single-vehicle crash site in front of the Montgomery County Fairgrounds.