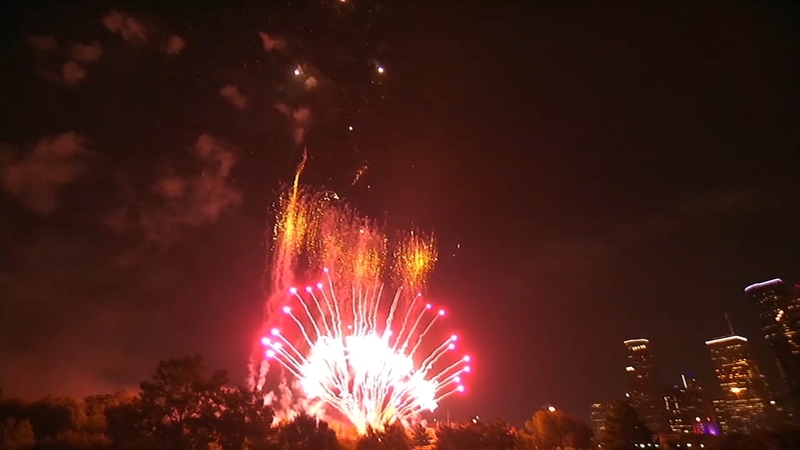 "A lot of children and a lot of families don't have connectivity, or they don't have computers that they could easily use as a part of continued education on your computer," explained Susan Christian, director of the Mayor's Office of Special Events. "We will buy computers. Those computers, you'll eventually be able to check those out though our library system."

This year's celebration will feature live music, but there won't be a live audience. Community leaders still hope to get the city together, even though residents are practicing social distancing.

READ MORE: How this year's Shell Freedom Over Texas will be different from past events

That's why a virtual celebration, featuring both live and prerecorded shows, will be shown exclusively on ABC13 at 6:30 pm.

And, if you're interested in donating, text FreedomHou to 41444.

"This time last year, the Houston Food Bank was distributing about 400,000 pounds (of food) per day. Since COVID struck, at our highest, we've been at about a million pounds a day. That's what we averaged during May," said Brian Greene, president and CEO of the Houston Food Bank. "It's running about 900,000 pounds a day right now, but I'm worried it's going to go up."

5 things to know about Shell Freedom Over Texas

Roads near downtown closed for Shell Freedom Over Texas