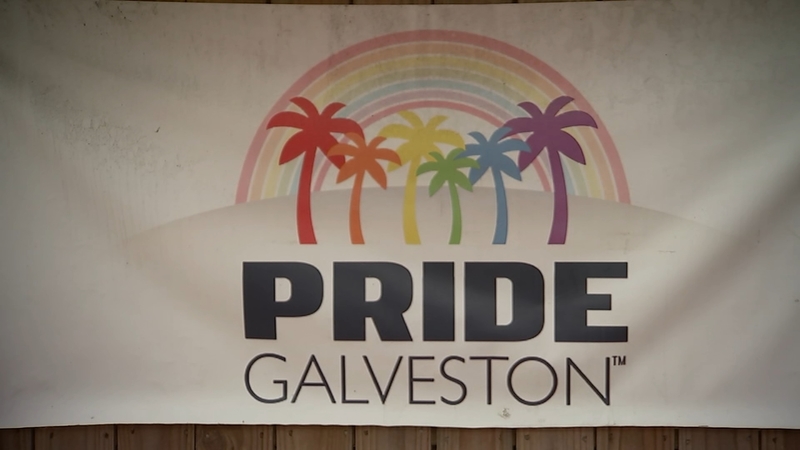 GALVESTON, Texas (KTRK) -- We are celebrating Pride month, and today our ABC13+ team is highlighting the LGBTQ+ community in Galveston.

The island has hosted Pride celebrations since 2018.

Galveston is also home to the oldest gay bar in Texas that has been continuously owned by the same man.

"People were like, 'we would like to see you guys pick up Pride Galveston,' because it had been dormant for five years," said Jamie Waymire.

Waymire and his husband, Terry Fuller are the CEOs of Pride Galveston.

The celebration is usually held in June, but is scheduled for September this year.

"We know 34 people who have passed away from COVID this past year. It hit home for us. And we knew that going forward with Pride Galveston was not an option last year," said Fuller. "This year is a make-up for last year, but also to celebrate life."

Fuller is also a well-known drag performer on the island.

He goes by 'Kiki Dion Van Wales' while performing.

"Kiki has really given me the confidence to be an outgoing person even out of drag," Fuller explained. "For my self-esteem."

"When I first met him, he was very shy. Now he's a flamboyant drag queen," laughed Waymire.

One of Fuller's favorite places to perform is Robert's Lafitte Bar, which opened in 1970.

"I think places like this are necessary for people, for anybody, to feel a place of being wanted," explained Destiny Dion Van Wales, who also performs at the bar.