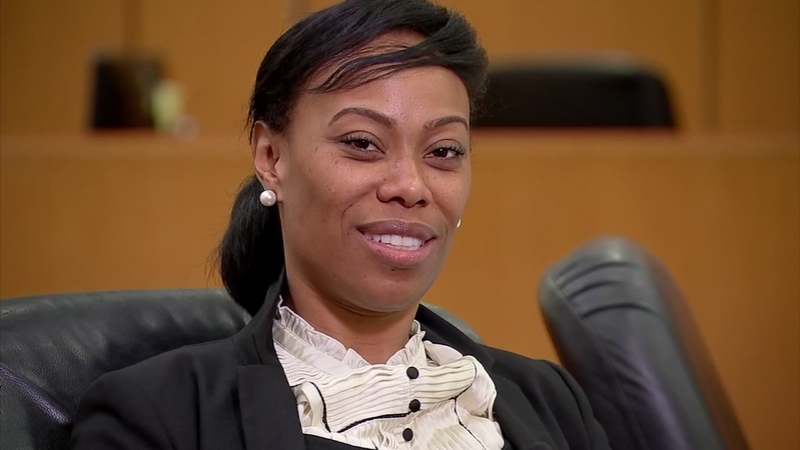 Erica Hughes: Woman of the Week

HOUSTON, Texas (KTRK) -- Erica Hughes is an Army daughter who followed in her father's footsteps.

She has served active duty for four years as a JAG officer, and today is part of the Texas National Guard.

Hughes says her parents had an idea of what profession she might pursue as early as the age of five, although they each described her differently.

"I was a talkative kid, and very assertive," Hughes recalls. "My parents would say 'bossy' or 'a leader' is what my mom called it, my dad would say 'You're bossy.'"

Hughes says she is passionate about teaching what she has learned along the way, and is a professor in the paralegal program at San Jacinto Community College.

Criminal courts and judges are still displaced from Hurricane Harvey, but Hughes says this is all she's known.

"The good thing is you are the judge or queen of your court, and you can change the things to what you want them to be," Hughes said.

Defendants face Judge Hughes for low level offenses from theft by check to trespassing, harassment, and DWI. But she says she runs her court differently. There are no "cookie cutter sentences."

She says many defendants want to take the easy way out, plead guilty and serve their time, but she likes to look at alternatives like probation, treatment, and community service to give them a chance at rehab so they don't end up back in her courtroom.

"My goal is to try to help them. Maybe I can't save everybody, but the goal is to try and save everybody," she explained.
Report a correction or typo
Related topics:
community & eventshoustonwoman of the weekjudge
Copyright © 2021 KTRK-TV. All Rights Reserved.
More Videos
From CNN Newsource affiliates
TOP STORIES