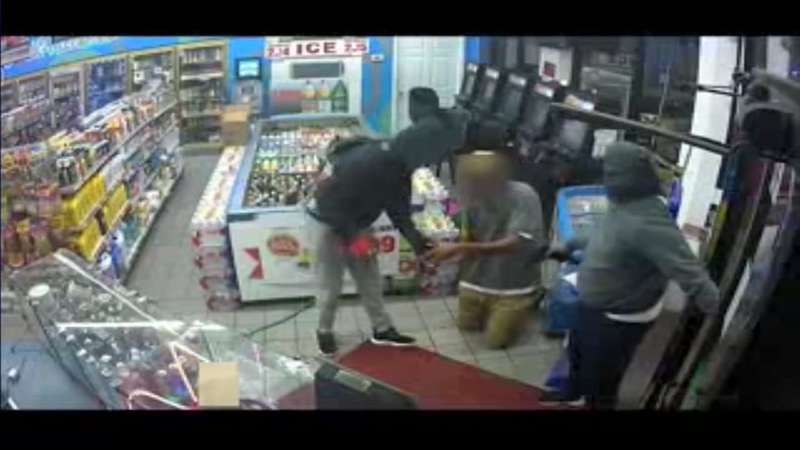 HOUSTON, Texas (KTRK) -- Three dangerous men remain on the run after an armed robbery in northeast Houston. There's multiple videos and audio recordings which captured the crime in vivid detail.

In the footage, you can see the armed suspects storm inside the Exxon gas station at Collingsworth Street and the Eastex Freeway. They rob two customers before demanding the clerk open a door.

Eyewitness News spoke with one of the victims. She told us it's still difficult to sleep at night. She said the gunmen were clear in their demands. They wanted the safe.

"I look up at the guy. I made eye contact and I just was like, 'Lord, don't nothing happen to nobody in this store,'" said the woman. "I feel violated. I felt violated. It's something that I could never get out of my head."

Detectives hope someone can help them identifying the men in the surveillance video. They released the following descriptions: