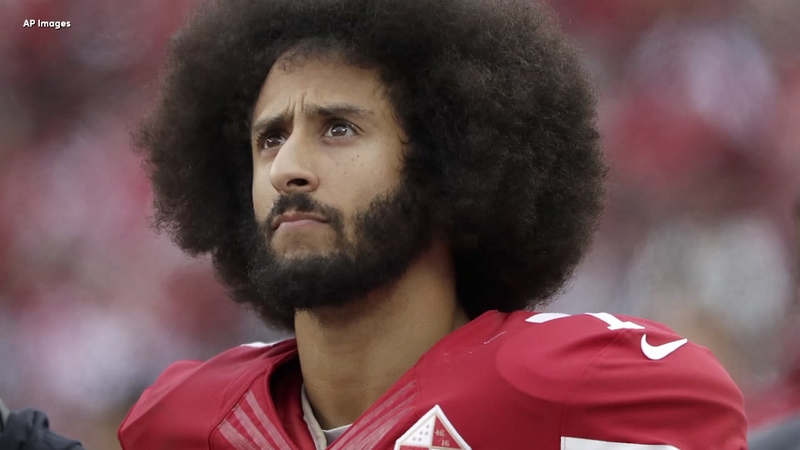 An endorsement deal between Nike and Colin Kaepernick prompted a flood of debate Tuesday as sports fans reacted to the apparel giant backing an athlete known mainly for starting a wave of protests among NFL players of police brutality, racial inequality and other social issues.

The deal unveiled by Nike and the former San Francisco 49ers quarterback was a trending topic on Twitter and other social networks, with some fans urging a boycott of the company's clothes and sneakers - even burning and cutting out the signature swoosh logos on their gear.

Here's what you should know about Kaepernick's career:

August 26, 2016
Before a game against the Green Bay Packers, Kaepernick knelt on the field during the national anthem.

He said his peaceful protest was a grievance against the oppression of African Americans and other people of color.

ABC13 sits down with a professor from the University of Houston to discuss the controversial "take a knee movement."

October 16, 2017
The former quarterback filed a grievance against the NFL. The grievance was filed under a collective bargaining agreement against NFL owners for allegedly colluding to keep him out of the league.

CBS has clarified its earlier report saying Colin Kaepernick would stand for the national anthem if he played in the NFL again.

September 3, 2018
Nike signed an endorsement deal with Kaepernick. A new ad gained instant attention of people on both sides of the aisle.

"We believe Colin is one of the most inspirational athletes of this generation, who has leveraged the power of sport to help move the world forward," Gino Fisanotti, Nike's vice president of brand for North America, told ESPN.