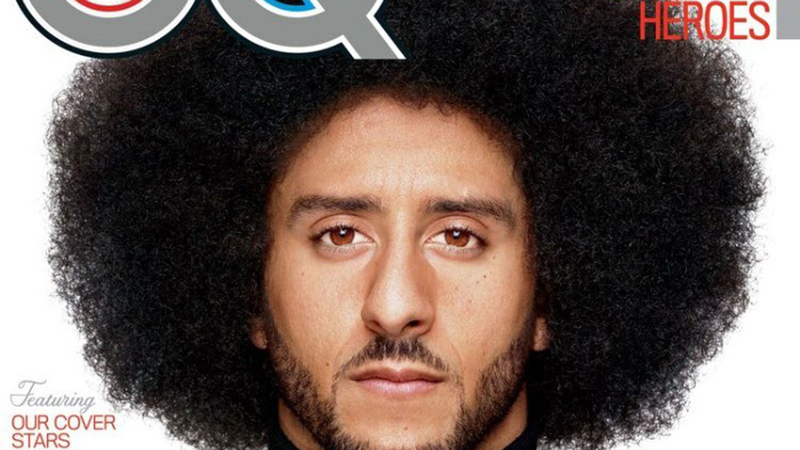 Former 49er Colin Kaepernick has been named GQ's Citizen of the Year.

The magazine said they chose Kaepernick because he's a "football superstar who sparked a protest revolution."


Kaepernick started the movement of kneeling during the national anthem at football games in what he says was to bring awareness to the misconduct of police towards young black men.