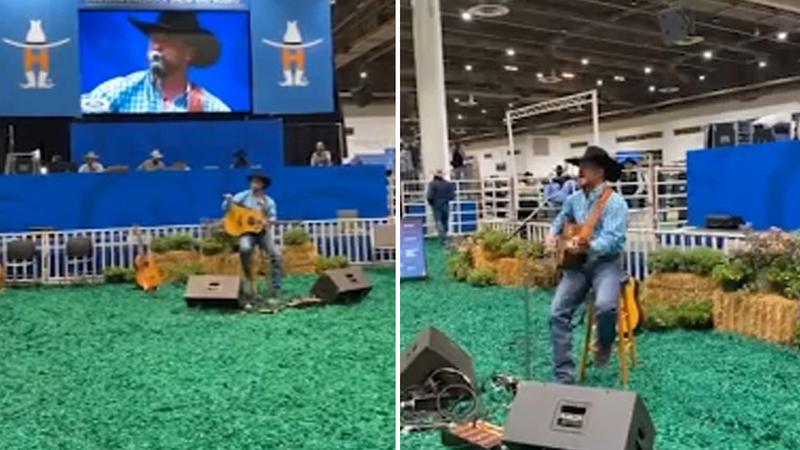 The Texas-born country star is already slated to take the stage on opening night on Monday, Feb. 28.

But the rodeo announced Tuesday morning that he'll star in another big role for the event just a couple days earlier: grand marshal.

Johnson will serve as the grand marshal of the annual parade on Feb. 26, which will be even more special as this year marks its 90th anniversary.

RODEOHOUSTON is excited to announce Texas native @codyjohnson will serve as grand marshal for the 2022 Downtown Rodeo Parade on Feb. 26 as we kick-off the 90th anniversary of the Houston Livestock Show and Rodeo! Read more >> https://t.co/kMIPhjy9yq pic.twitter.com/vAmVmgXW21

Johnson is also the voice of the event's official song, "Welcome to the Show."

Johnson will make his fourth appearance on the RodeoHouston stage.


He was due to perform at the 2020 event, but the rodeo abruptly ended on the day before his scheduled concert that year.


But since the unforeseen cancellation, Johnson has managed to stay active with RodeoHouston. In March 2021, he surprised youth 4-H and FFA exhibitors with a special performance during the rodeo's private Junior Livestock Show competitions.

The video above is from Cody Johnson's surprise performance from March 2021.


RodeoHouston shutdown signaled the start of the pandemic, could its return mean the end?