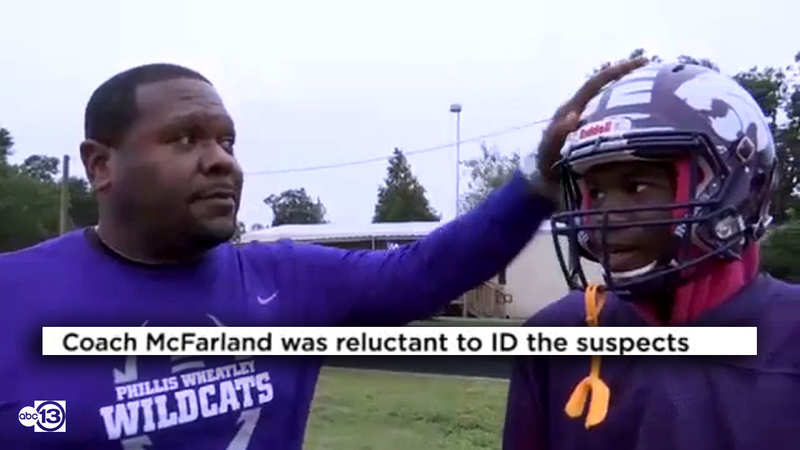 HOUSTON, Texas (KTRK) -- As two former high school football players remain at large for a $233,000 laptop heist at their alma mater, the focus of the investigation at Wheatley High School is on their one-time head coach.

In court documents obtained by ABC13 Eyewitness News, Wheatley football head coach, Cornelius McFarland, was observed by investigators as being "reluctant" to identify three former players as suspects in the late night break-ins at the campus on June 1 and June 2. This reluctance, according to documents, was due to the fact that one of the suspects is the brother of a Miami Dolphins player.

Williams was taken into custody Tuesday and later posted bond in the case. Warrants have been issued for Collins and Willis' arrests.

Documents said McFarland appeared to not answer questions by investigators or give the suspects' phone numbers.

On Thursday, we visited McFarland's home to ask him questions, but no one answered our door knocks.

ABC13 also asked Houston ISD specifically about whether staffers are required to cooperate with criminal investigation.

HISD, instead, gave this statement: "Houston ISD cannot comment at this time as this is an ongoing matter. However, we continue to fully cooperate with authorities."

ABC13's Stefania Okolie reports from Wheatley High School, where three former students are accused of breaking into campus twice and taking $223,000 worth of laptops.