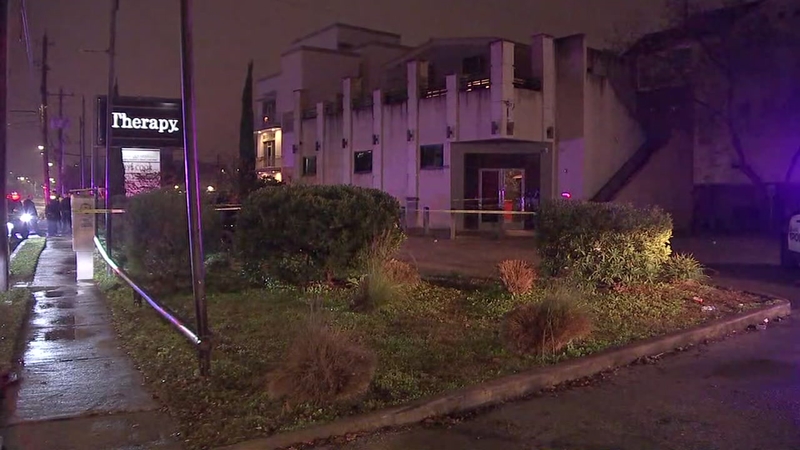 HOUSTON, Texas (KTRK) -- Police are looking for a person who they say shot the manager of Therapy club on Washington Avenue while the club was closing just after 2 a.m.

Police said there was a vehicle blocking one of the driveways and when the driver was told to move out of the way, an argument broke out.

A manager went outside to stop the fight when he was shot in the torso by the person who was blocking the driveway.

HPD: there was some altercation outside the lounge between patrons- a manager came out to break it up. One of the patrons shot the manager in the torso. He was taken to the hospital and is stable. ⁦@abc13houston⁩ pic.twitter.com/aedXoPnDhy

WATCH: Eyewitness video of fight outside club before shooting

The victim was taken to the hospital and is in stable condition.

The shooter left the club before officers arrived.

Police said it's unknown if the people involved in the fight were intoxicated, but officers said they were in the club earlier in the night.