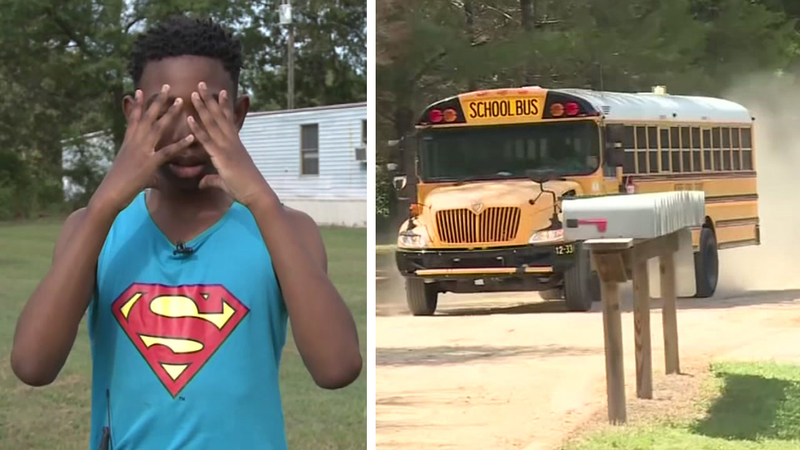 Two brothers in McDuffie County say they were chased by at least two men dressed in clown masks while waiting for the school bus.

Cameron Frails, 12, says he and his brother were walking around 6:30am to the school bus when he noticed something.

"We saw a man with all black on, clown mask and like a red wig," Frails says.

Neighbor Hannah Rice saw the clown, too, only he was following Cameron and his brother.

Suddenly, another man ran out from between two mobile homes, also donning a clown mask, and both men began chasing the boys.

"I told my brother to run and scream as loud as he can," Cameron says.

Their screams alerted their parents, who called 911.

Hannah says she barely made it onto the bus when she began to cry.

This is not the first time law enforcement has dealt with a clown sighting.

It all began in Greenville, South Carolina, and spread to the Augusta area. The sightings then spread west to Lagrange.

The McDuffie County Sheriff's Office is taking the case seriously.

"Until we can prove otherwise, we don't know there wasn't a clown," says Major Ronnie Williamson. "Something scared these children this morning."

Williamson says the suspects will be charged if they can prove malicious intent.

For now, many children in the region are scared to go to school, or to walk to the bus stop alone.