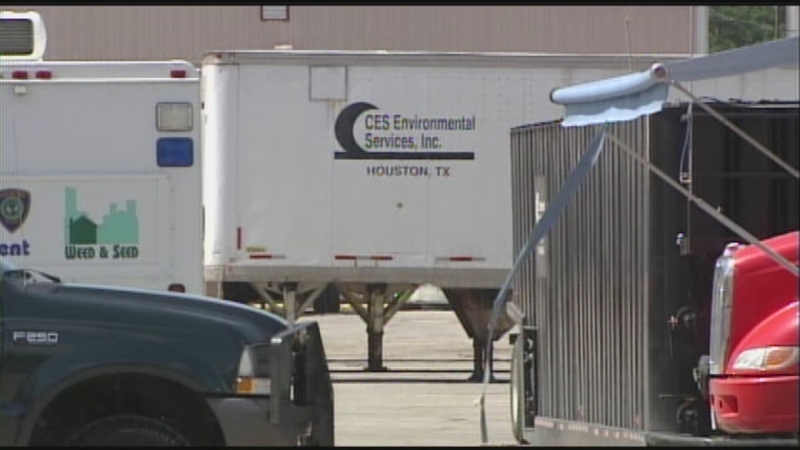 HOUSTON (KTRK) -- The CES Environmental Systems plant closed down years ago but residents living nearby feel the plant is still a public danger.

Holding signs and wearing masks, residents who live near the former CES Environmental Services building on Griggs and Wayland are demanding action.

'We're living in an unsafe neighborhood due to the chemicals," said concerned resident Bobbie Wyatt.

Wyatt is just one of a number of worried longtime residents of the area who joined the protest. And they have good reason to be worried. Back in 2009, the then operational CES plant was raided by federal investigators looking into safety violations. The plant has since closed, but problems of leaking chemicals and foul odors have continued.

"You must report to the people that live in the neighborhoods when there is a spill, clean it up, clean it up later, don't wait until days and days later, where there is a leakage or a spill," said Patricia Gonzales with Texas Organizing Project.

The Texas Organizing Project is helping residents to gather together and demand action. But tearing down the facility isn't so easy. The company declared bankruptcy shortly after the raid, and has been through various lawsuits and court proceedings.

But residents say they don't have time to wait until all the legal proceedings are completed. They want some action and they want action soon.

"I'm concerned about my lungs. Is it going to affect my lungs? My breathing already has -- I already have enough other issues I don't need more issues," said Wyatt.