US and Sounders striker Clint Dempsey retires from soccer 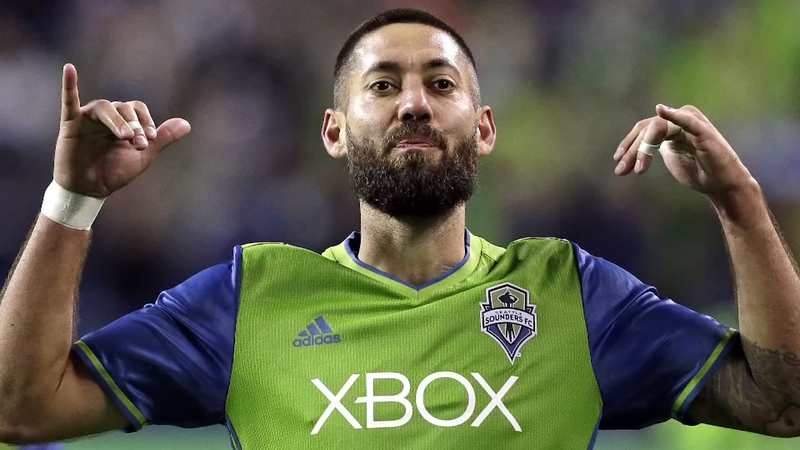 In a statement issued Wednesday by the Sounders, the 35-year-old Dempsey said he believes it's the right time to step away from the game.

RELATED: Check out Clint Dempsey's hidden talent
Dempsey is tied with Landon Donovan as the greatest U.S. goal scorer, scoring 57 international goals in 141 appearances. He captained the U.S. in the 2014 World Cup in Brazil when the Americans reached the knockout stage before losing to Belgium in the round of 16.

Dempsey had a decorated career overseas in England, most notably with Fulham, before returning to MLS in 2013 with the Sounders. He missed the second half of the 2016 season with a heart condition that put his career in jeopardy, but returned to Seattle the next season after being cleared by doctors.

Dempsey was the MLS Comeback Player of the Year last season when he again became the leading scorer for the Sounders and reclaimed a place on the U.S. national team.
Report a correction or typo
Related topics:
sportssoccer
Copyright © 2022 by The Associated Press. All Rights Reserved.
TOP STORIES
51-year-old suspect in corporal's ambush killing on the run
Sergeant was to walk daughter down aisle until his hit-and-run death
Mom shares story of son's 'scary' battle with COVID complications
H-E-B's Scott McClelland retirement and what's next
Drying out, but staying cool this week
LULAC set to sue Houston City Council for lack of Hispanic members
New security director aims to improve safety for Jewish organizations
Show More
IRS changes you should know before submitting taxes
Cause of death revealed for 23-year-old woman found dead after date
Texas among states suing Google over claim it's misleading consumers
Man accused of stabbing K-9 in The Heights now charged
'We knew something big exploded': ABC13 recalls moment of Watson blast
More TOP STORIES News