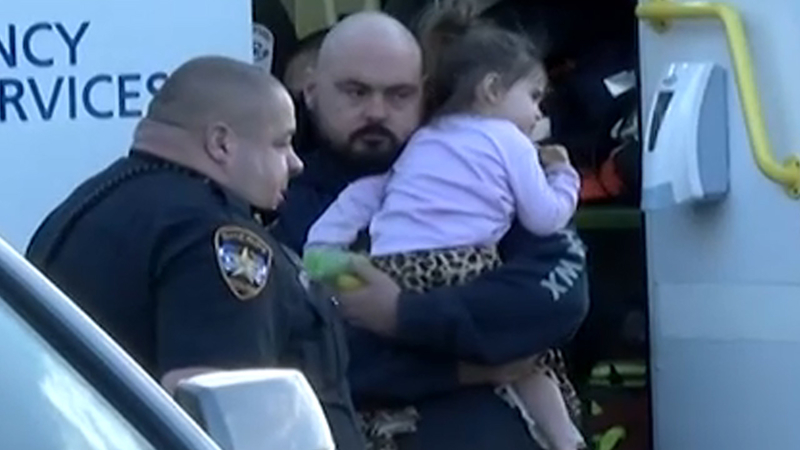 CLEVELAND, Texas (KTRK) -- Police in Cleveland have arrested a man in connection with a kidnapping attempt in which a woman's vehicle was taken with her 2-year-old daughter inside.

It all happened when police say the woman went inside a nail salon Friday afternoon near the Met-Head Start of Liberty building in the 1500 block of E. Houston Street. Cleveland Police Chief Darrel Broussard said the mother went inside and quickly noticed her SUV was beginning to take off.

She left the vehicle turned on, according to police.

"She called and contacted police at that time and indicated that her female daughter was inside the car, who is 2 years of age," explained Broussard. "She remembered leaving her daughter in the car and she stepped away inside the nail salon for a moment and was coming right back, and that's when she noticed her car was driving out of the parking lot."

Broussard said the suspect, later identified as 36-year-old Eric Soloman, was arrested after the mother's vehicle was found in the Kingwood area near US-59 and Northpark. The chief said Soloman was seen walking around the area at the time of the attempted abduction.

Meanwhile, the mother and child were not injured, but received medical attention as a precaution, according to police. The father of the 2-year-old arrived on the scene to care for the girl, who was said to be doing well.

"I'm just thankful for everything they've done for this beautiful little girl. I can't thank you guys enough," said the girl's father to law enforcement officials on the scene. "Everyone involved, we thank you from the bottom of my heart, and God sent another miracle."