Cleburne Cafeteria being rebuilt after devastating fire one year ago 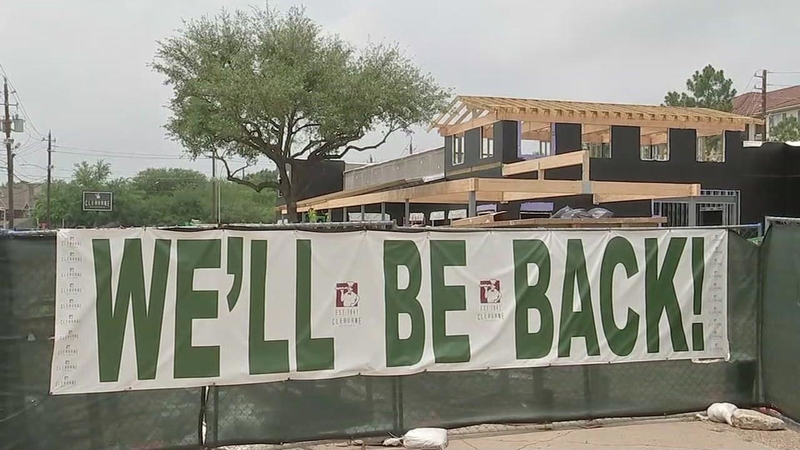 HOUSTON, Texas (KTRK) -- It's been one year since a huge fire destroyed Cleburne Cafeteria, a popular restaurant since the 1940s.

The restaurant, which was started by a Greek immigrant and still family-run today, is being rebuilt and is close to reopening. Owner George Mickelis told ABC13 they expect to reopen this summer.

The new and improved Cleburne's will include an indoor and outdoor patio where customers can enjoy the beloved classics, like macaroni and cheese, and chicken and dumplings. But the restaurant will be adding new features, like beer and wine, and made-to-order steaks in the evenings.

Mickelis says he wants to appeal to older generations and younger families as well.

When customers return, they'll see the same smiling faces. The staff remains on the payroll and they're looking forward to getting back to work.

The restaurant, located in the 3600 block of Bissonnet, caught fire around midnight. The Houston Fire Department said the fire started in the back of the building and quickly spread to the front of the restaurant, causing the ceiling to collapse.


The owner of the restaurant said the biggest loss of the fire was the paintings inside painted by his father.

This Houston cafeteria has been in business at the Bissonnet location since 1969. The original Cleburne Cafeteria was opened in 1941 at Cleburne at Fannin. The current restaurant was started by Nick Mickelis, who came from Greece with just $2.50 in his pocket.