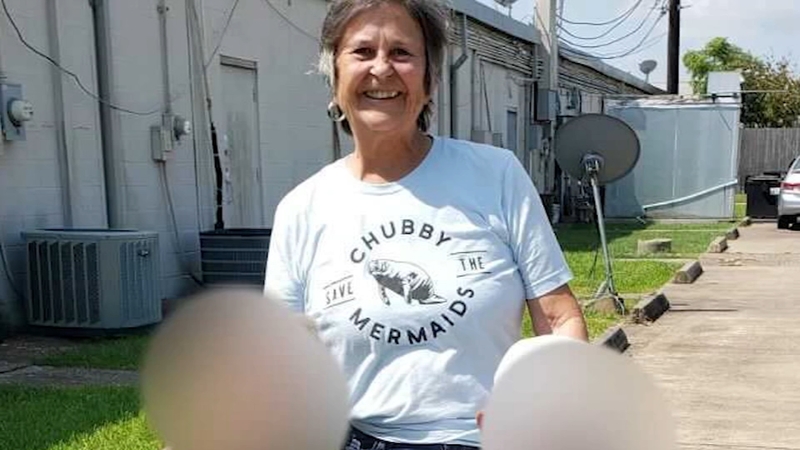 HOUSTON, Texas (KTRK) -- A 69-year-old woman who works with the homeless in the Clear Lake area was brutally beaten Friday night and, according to police, her attacker was a homeless woman.

Janice Rains-Moran spent three nights in the hospital. Since then, her alleged attacker, 23-year-old Marnae Brown, has been charged with injury to an elderly individual.

Rains-Moran's daughter told ABC13 the attacker pulled out her mother's hair, knocked out her teeth and gave her a concussion. The incident happened Friday night, outside the Riviera Apartments at Clear Lake on Buccaneer. Cameron Cave said it is hard to see his grandmother that way.

"It's rough. It's just an older lady. Like defenseless. I mean, who could do that to someone like that? She couldn't fight back," Cave said.

Rains-Moran has spent years helping the homeless. She builds relationships and helps with housing and other resources, said her daughter, Danielle Rains. Cave said the attack felt like a betrayal.

According to court records, Brown is homeless and may have a mental illness or intellectual disability. She remains in jail on a $10,000 bond.

Other homeless advocates, like Karen, who wanted to be identified only by her first name, know there are sometimes risks with outreach, but now there is fear.

"Anyone working with the homeless, now you have a heightened awareness because someone has been attacked," said Karen. "It broke my heart. She works so hard."

Karen said she hopes for more resources for the homeless from the City of Houston so that what happened to Rains-Moran doesn't happen to anyone else.

Friends have established a GoFundMe to help raise funds for Rains-Moran's medical expenses.