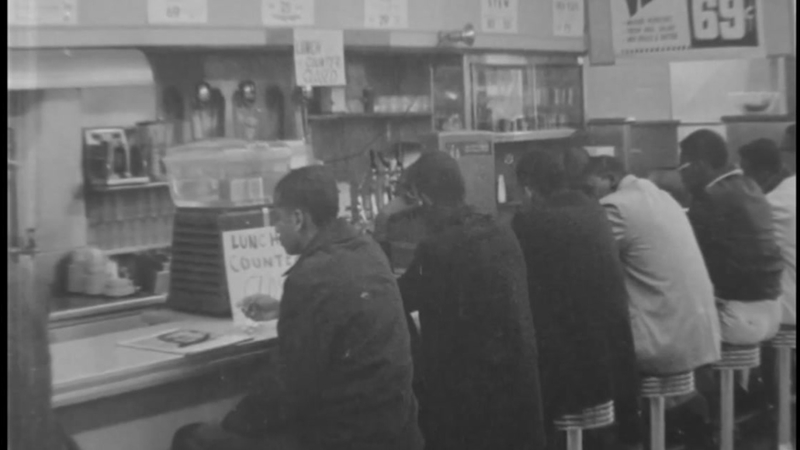 HOUSTON -- Sixty years ago today, Houston was changed forever after protests were held at Houston businesses to put an end to segregation.

On March 4, 1960, students from TSU staged a sit-in at the Weingarten's lunch counter to protest segregation at Houston eateries. The following day, they held a sit-in at Madding's drug store.

KTRK was there and shot film of the sit-ins as well as a protest at the cafeteria at City Hall.

The film has audio and includes an interview with one of the students. You can watch that film below.

The demonstrations came to end after a "gentleman's agreement" was reached between students, the NAACP and city and business leaders. The agreement was that segregation would end at Houston stores and lunch counters but there would be no coverage by "the media".
Report a correction or typo
Related topics:
societyhoustonabc13 vault
TOP STORIES
Harris Co. judge accused of unlawfully arresting former TV journalist
Employees having trouble getting paid from popular Midtown restaurant
Gulf disturbance up to a 40% chance of development
Migrants in search of a better life continue to die on their journeys
TX AG on ruling for early-term abortions: 'Judge's decision is wrong'
'The American dream is alive,' one immigrant tells her story
Texas Senator John Cornyn addresses gun safety legislation
Show More
'Armed and dangerous' man escapes from Texas hospital
2 people hospitalized after boat crash on Lake Houston, HFD says
Man wanted in wife's death fatally struck by van, police say
1 hospitalized after big rig falls into construction hole
Burn ban in effect for unincorporated parts of Harris County
More TOP STORIES News