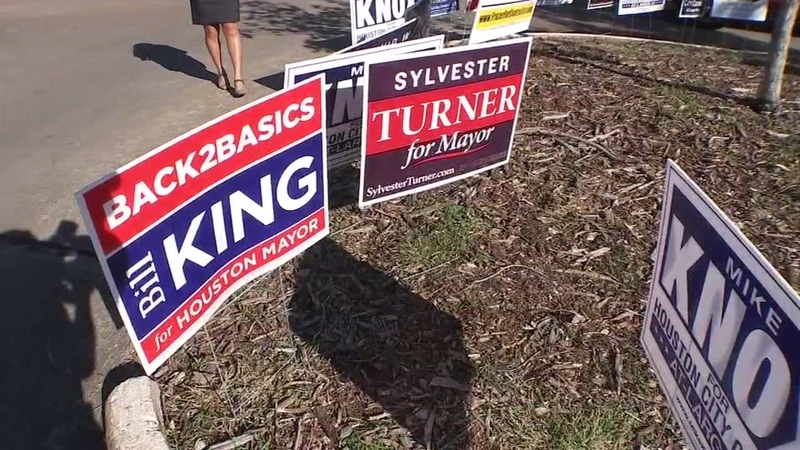 HOUSTON (KTRK) -- You watched Sylvester Turner and Bill King spar over the issues in a tense mayoral debate earlier this week. Well that tension is now showing up in the campaign ads.

On this first day of early voting, Turner and King were all smiles in front of the cameras, casting their ballots and hugging supporters.

But on TV, the mood is a different one. Turner has been on the attack. The latest ad is attacking King's tenure as mayor of Kemah.

"And when the fire chief who served under him was exposed as a criminal? King refused to fire him, even though he was a registered sex offender," an ad against King claims.

King said the ad is absolutely false, adding he didn't fire the former Kemah volunteer fire chief because he had no authority.

"The ad says I have something to do with him. It implies that he worked for the city of Kemah, that I hired him and fired him. He didn't work for me at all," King said.

Turner didn't address the attack ad specifically, but simply said both candidates have a record.

"I think they have to evaluate things for themselves, just like I have to do. I can't tell people what to do," Turner said.

King's attacks have been comparatively mild. One ad accuses Turner of raising taxes if elected.

"Mac, you know my opponent wants to raise property taxes by even more?" I think that's crazy.