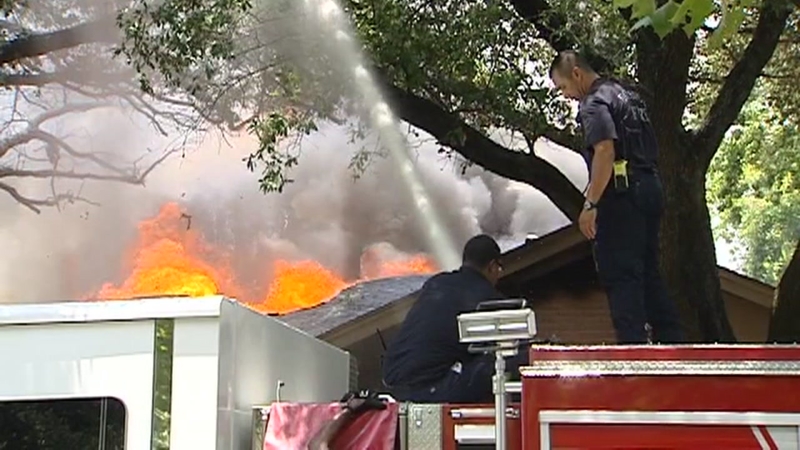 HOUSTON, Texas (KTRK) -- In a filing less than an hour before the start of a holiday weekend, attorneys for the city of Houston asked a Harris County judge to declare the voter-approved Proposition B invalid.

Prop B allows for firefighters to be paid the same as police officers in Houston in a so-called "pay parity."

The motion comes in an ongoing court fight between the city, the Houston Police Officers Union and Houston Professional Firefighters Association. It is officially the city's motion for summary judgment.

The return to court comes at an interesting time. Mayor Sylvester Turner was openly questioned by several council members - sometimes pointedly - at recent council meetings about plans to implement the measure that was approved by 59 percent of Houston voters in November.

The mayor has said his team is working on an implementation plan to extend the roll-out of the firefighter raises possibly for years. However, no offer has been made to firefighters and there was no mention at recent Houston city council meetings of any continued plan to declare the measure invalid.

"The City of Houston has filed a motion for a summary judgment in response to the Firefighters Union's lawsuit so that the remaining legal questions regarding Proposition B can be resolved expeditiously.

Simultaneously, the City is moving forward with implementing Prop B while it attempts to negotiate with the union to phase in pay raises at an annual cost of more than $100 million.

Until the judge issues a decision and while discussions continue, Mayor Turner has asked all departments to prepare for Prop. B implementation which would require employee layoffs and cuts in services to citizens.

Both courses of action are consistent with the mayor's stated position to implement Prop. B without creating further financial instability for the city."

"This is what Mayor Sylvester Turner means when he claims three months after the election that he is working to 'implement' Prop B.

Once again, he is defying the will of 292,000 voters. His vindictiveness has reached a new low. But it is surpassed only by his dishonesty."

ABC13 recently reported the plight of nearly two dozen firefighter cadets stuck at the academy while the fight is ongoing.

In December, a judge ruled against the city in a similar legal action and encouraged city hall to start the implementation.