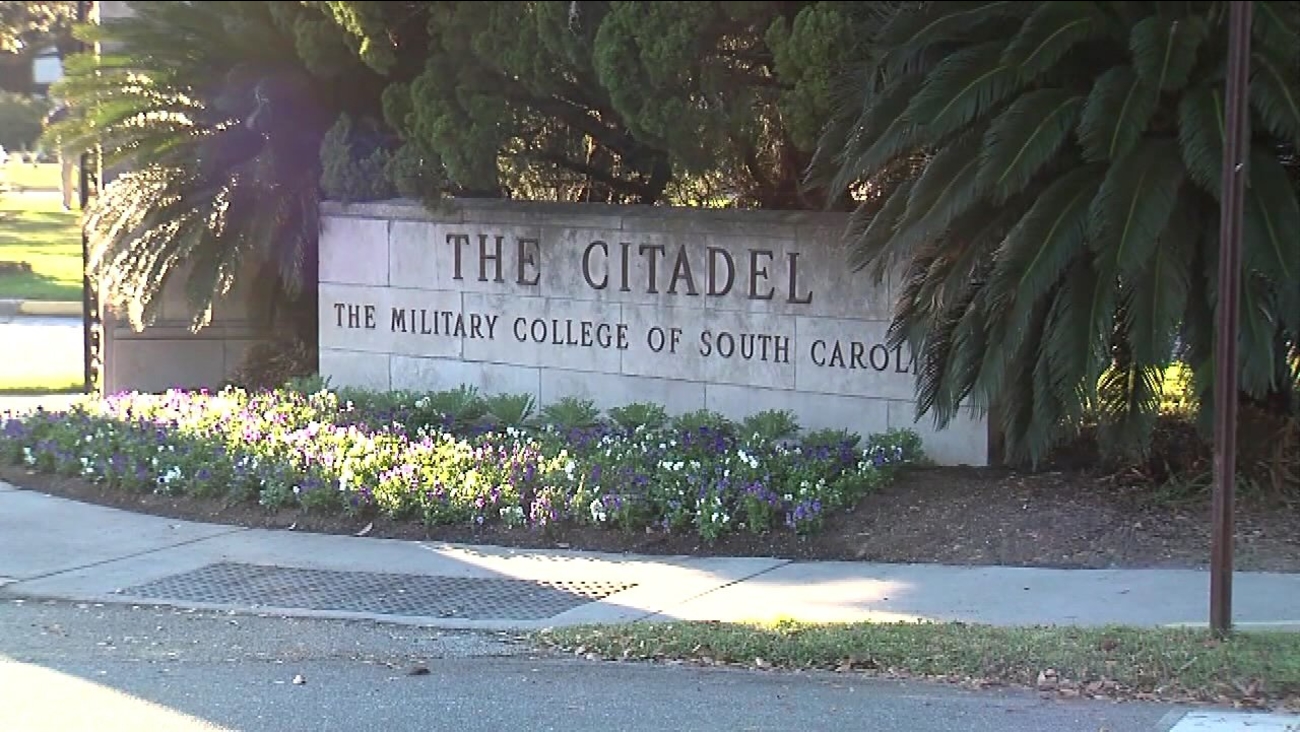 CHARLESTON, SC -- South Carolina's military college The Citadel announced Thursday it is investigating after photos surfaced on social media of cadets dressed all in white with pillowcases over their heads, images that evoke the Ku Klux Klan.

"A social media posting, which I find offensive and disturbing, was brought to my attention this morning," retired Air Force Lt. Gen. John Rosa, the president of the college, said in a statement.

The statement said the school has started proceedings to suspend the eight students involved.

NOW ON @GMA: Cadets at The Citadel suspended for photos showing some of them wearing white hoods. pic.twitter.com/krBxbuAJNp

The college said the seven students wearing the pillowcases were knobs - freshmen who get that name from the close-cropped haircuts they receive when they report to school. The eighth student in the photos is an upperclassman.

The photos show the knobs wearing both white T-shirts and white pants with the pillowcases on their heads.

"Preliminary reports are cadets were singing Christmas carols as part of a 'Ghosts of Christmas Past' skit," Rosa's statement said.

University spokesman Brett Ashworth said "at this point, there is no evidence that this was hazing." He said the college is looking into both who took the photograph and how it came to be posted on social media sites.

He added cadets are now taking final exams and the investigation will likely not be completed until after the first of the year. The college's military Corps of Cadets has 2,300 students.

Hazing has from time to time put the college in the limelight and novelist Pat Conroy wrote about it in his book "The Lords of Discipline" - a fictional account based on his Citadel experiences in the 1960s.