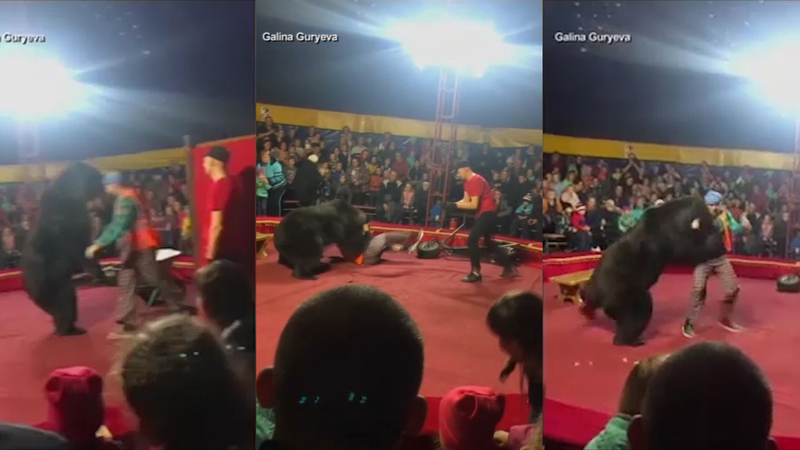 MOSCOW, Russia -- Russian officials opened a criminal investigation Thursday after a circus bear attacked and injured its trainer during a performance in the north of the country.

Amateur video showed the bear pushing a wheelbarrow while walking on its hind legs, then attacking the trainer, biting him and forcing him to the floor.

Another trainer hurried forward and kicked the bear repeatedly to try to stop the attack.

Local media said the bear then ventured into the audience area before it was subdued with an electric shock.

There were no barriers between the circus ring and the audience.