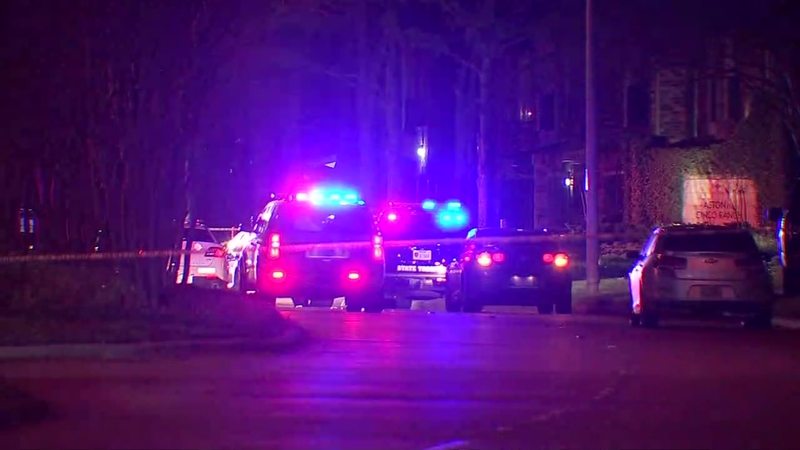 Two robbery suspects are dead and two more are in custody after getting into a shootout with troopers in Cinco Ranch.

Authorities say it all started around 10:50 p.m. Tuesday when the group of suspects robbed a Walgreens while employees were inside the store at Westheimer Parkway near S. Mason Road.

The chase ended with a shootout at the Aston at Cinco Ranch Apartments and Townhomes, where two of the suspects were killed.

This is outside Aston at Cinco Ranch Apartments on Westheimer Pkwy. https://t.co/5fyNFIH58V pic.twitter.com/2W551281rH

No members of law enforcement were shot, but a trooper had a minor injury from broken glass.

Investigators told ABC13 that the suspects are responsible for at least eight robberies.

"This is a violent crew that has been on a crime spree for the last two weeks or so," Harris County Sheriff Ed Gonzalez said. "We believe they were just going to continue to do this."

The robbery crew had been under surveillance by a joint gang task force involving DPS and the Harris County Sheriff's Office.

But they didn’t know they were under surveillance! Law enforcement officers were camped out in the parking lot waiting for them to come out.