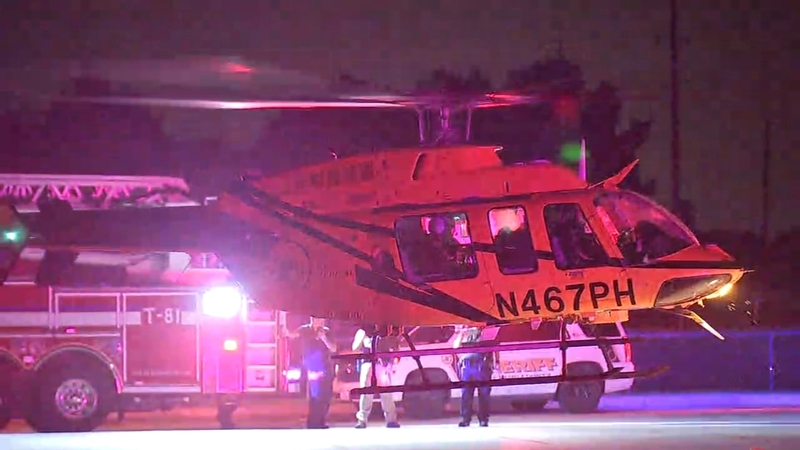 KATY, Texas (KTRK) -- Deputies say a man murdered his sister, shot three other people, then killed himself at the sister's housewarming party near Cinco Ranch.

The Fort Bend County Sheriff's Office identified the man as John Wright. He died from a self-inflicted gunshot wound at the hospital.

*Final update* for the shooting at the 5500 block of Everhart Manor Ln in Katy that occurred last night,7/3. The shooter has been identified as John Wright. He died from a self-inflicted gunshot wound at an area hospital. The victim, Julianna Carr, was shot & killed at the scene. pic.twitter.com/0qbpx35e8l

The shooting happened inside a red brick house on Everhart Manor Lane near Crestford Park Lane.

"We saw tons of police cars here," said Sanjeev Gupta, a neighbor who lives across the street.

MURDER-SUICIDE: @FBCSO detectives say a man shot, killed his sister then shot 3 other family friends at the sister’s home for a housewarming get together. Those 3 are expected to survive after being rushed to the hospital. #abc13 https://t.co/8ENPaVjZIp pic.twitter.com/1MG86QUNOP

During the shooting, authorities say a teenage girl locked herself in the bathroom. The teen's friend tells ABC13 Eyewitness News that the girl lives out of town and was visiting the daughter of the woman killed. A second teenage girl and woman ran from the house and were not hurt.

Smita Limaye and her husband, Parag Kanade, live in the house behind the home where the shooting happened.

"I heard a noise, got up, opened the blinds," Kanade said. "I could see yelling, could hear yelling."

The couple says they saw several people in the backyard earlier in the night and it appeared they were having a good time.

"They were screeching and laughing away," Limaye said. "A lot of noise."

"The woman who was shot to death, Julianna Carr, had apparently just moved into the house on July 1," said Sheriff Troy Nehls.

Several neighbors told Eyewitness News that they didn't think to call 911 because they initially believed the gunshots were fireworks.

"It's shocking," said Kanade. "Our neighborhood is very secure. It's a family neighborhood." He added, "We are not as immune as we thought."