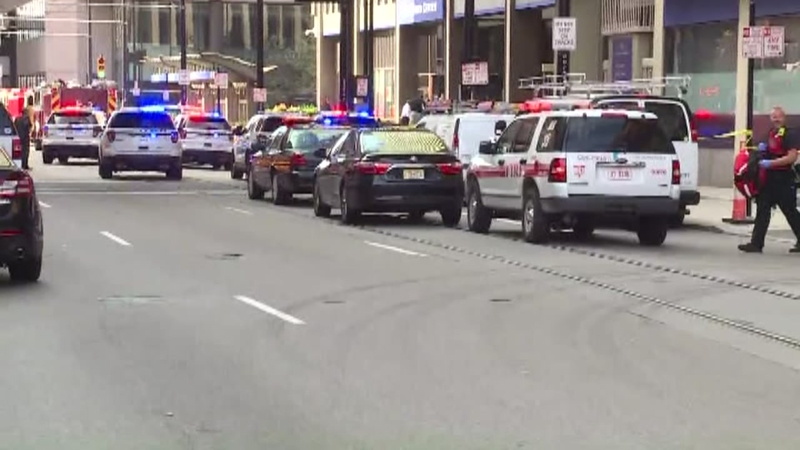 CINCINNATI, Ohio -- Police say three people were killed and two others were injured in a downtown Cincinnati bank shooting.

The gunman is dead.

Isaac said the gunman then entered the bank's lobby where three to four officers exchanged gunfire with the shooter. It's unclear if the gunman shot himself or was shot by officers.

Cincinnati Mayor John Cranley said the gunman was "actively shooting innocent victims" and that it was a "horrific" scene.

According to officials, there were five victims total in the shooting.

The University of Cincinnati Medical Center says it received four of those victims. Three of them are men and one of them is a woman.

The fifth person died at the scene. No officers were injured.

UPDATE: UC Medical Center received four victims: three males and one female. Two are deceased, one in critical condition and one serious. All suffered gunshot wounds.

Again, our physicians and staff are focused on caring for the patients and their families. We prepare for situations like these and hope they never happen. Our thoughts and prayers are with the victims, their families and all involved.

Authorities say they did recover a weapon. They're now working to evacuate the rest of the people who are still in the bank building.

Police say four people are dead, including the gunman, in a downtown Cincinnati bank shooting.

Raw video of the scene where four people were killed, including the alleged gunman, during a bank shooting in downtown Cincinnati