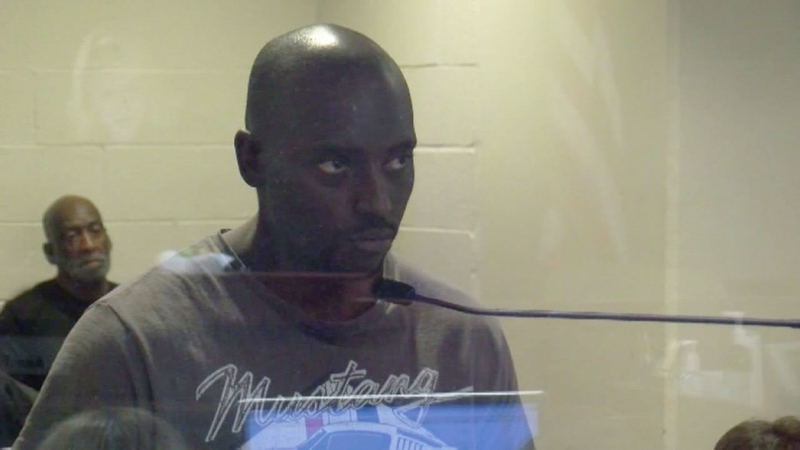 LAS VEGAS, Nevada (KTRK) -- Horrific allegations of abuse are unfolding in a murder case involving a former Texans running back and his girlfriend's 5-year-old daughter.

According to court documents, Cierre Wood admitted to using exercise as discipline after moving in with his girlfriend of six months.

KTNV reports Wood told investigators that girlfriend Amy Taylor's daughter, La-Rayah Davis, was "chunky" and that on the day she died, he forced her to do sit-ups and to run.

Court documents say Wood claimed the girl fell backwards and hit her head while exercising, but Taylor admitted to abusing her daughter before her death.

Taylor alleges she and her daughter were walking near a school on April 9 when La-Rayah threw a tantrum and bit her mother on the hand.

Documents say Taylor spanked her daughter and made her stand in a corner at home. But, the mother also allegedly admitted to sitting on her daughter's chest and stomach as punishment sometimes, resulting in La-Rayah complaining of chest pain.

Wood called 911 when he became concerned about La-Rayah's appearance, telling Taylor "something is not okay," the documents state.

When emergency responders reached the couple's home, they found La-Rayah "cold and stiff." She was pronounced dead at the hospital.

KTNV reports that doctors found several injuries to the child, including bruises on multiple parts of her body. La-Rayah also had an elevated white blood cell count, a distended abdomen, a lump on her forehead, a possible bite mark, and blood in her underwear.