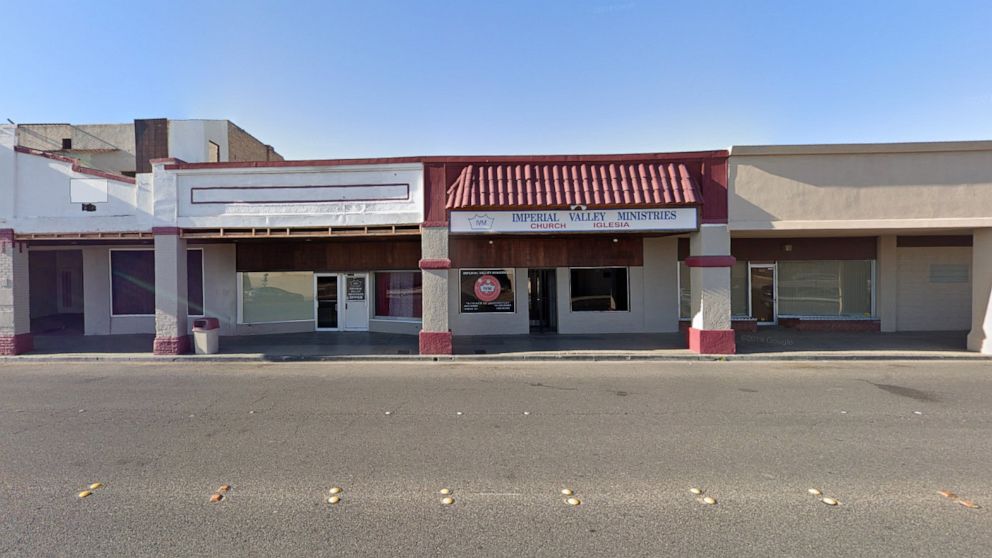 A group of Southern California church leaders were arrested on Tuesday in a forced labor case involving homeless people who were allegedly held against their will and coerced to surrender their welfare benefits to the church.

Twelve leaders of Imperial Valley Ministries, based in El Centro, California, were arrested on charges of conspiracy, forced labor, document servitude and benefits fraud, accused of recruiting dozens of homeless people for unpaid labor by promising them free food and shelter, according to a federal indictment.

Imperial Valley Ministries has about 30 non-denominational churches across the U.S. and Mexico. Its mission is to "restore" drug addicts at faith-based group homes and raise money to open churches in other cities to do the same, according to the indictment.

The church's former pastor was among the 12 arrested.

"The indictment alleges an appalling abuse of power by church officials who preyed on vulnerable homeless people with promises of a warm bed and meals," U.S. Attorney Robert Brewer said in a statement Tuesday. "These victims were held captive, stripped of their humble financial means, their identification, their freedom and their dignity."

Some victims said they were forced to panhandle as many as 54 hours a week for the financial benefit of church leaders, while others reported being held in so-called rehabilitation homes against their will, prosecutors said.

"The indictment alleges that church leaders locked victims inside group homes with deadbolt locks; confiscated identification documents such as driver's licenses, passports, immigration papers and identification cards, in order to prevent victims from escaping," prosecutors said in a statement. "Many victims, including many who did not require drug rehabilitation services, claimed they were later held at IVM properties against their will."

The victims said they were required to sign agreements and adhere to strict rules. The agreement included phrases like "you are not to discuss things of the world" and "the only thing to be read is the holy bible" and "if any of the rules are broken there will be discipline."

Punishments for violations of rules allegedly included the withholding of food.

The alleged scam came to light when a 17-year-old escaped by breaking a window that had been nailed shut, according to the statement. The teen ran to a neighboring property to call the police and be treated for cuts sustained in the escape.