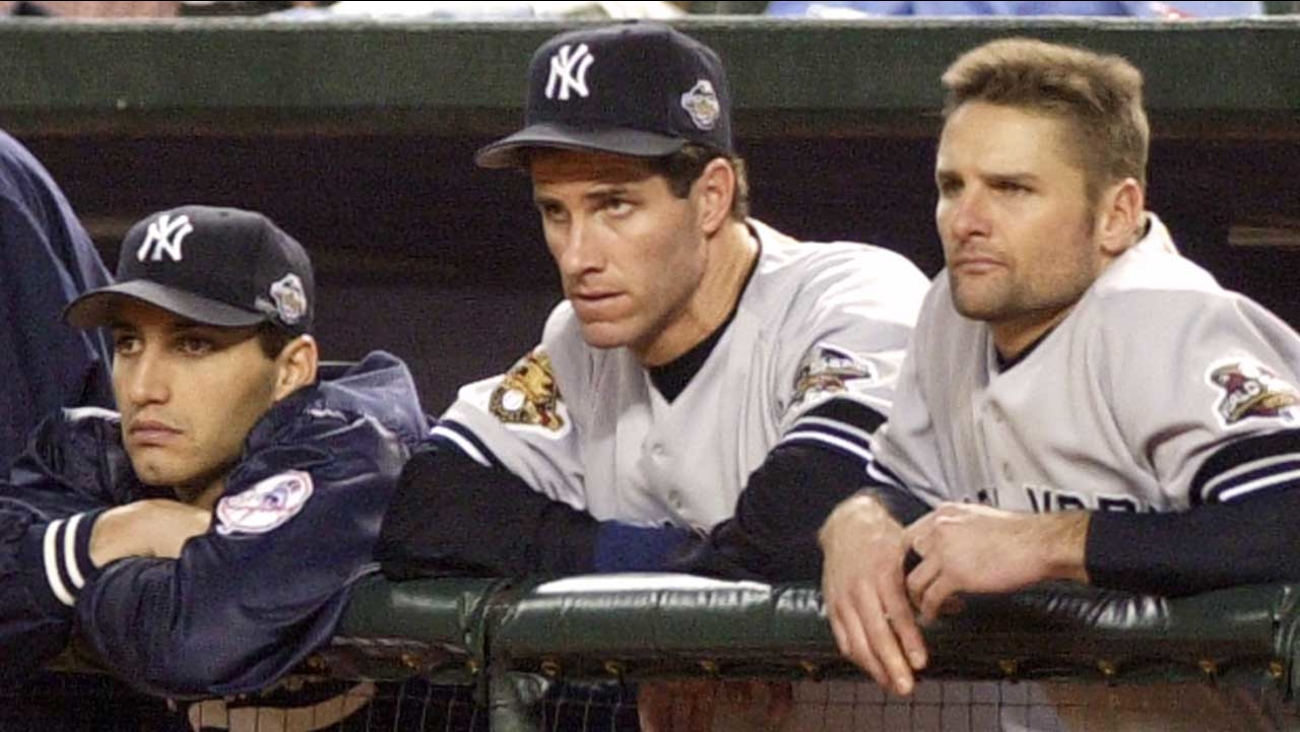 Andy Pettitte, left, will have his number retired by the New York Yankees. Chuck Knoblaugh, right, took a shot on Twitter at his former teammate (AP photo)

The Yanks will retire Pettite's #46 on August 23. It's a fitting honor for a five-time World Series champion.

Pettitte's son, Josh, was first to break the news on Twitter

Heard it here first. @Yankees are making August 23rd Andy Pettitte day. Retiring #46 and honoring him with a plaque in Monument Park!!

But then a former teammate of Pettitte's took a shot, also using social media. Former Yankee and Bellaire Cardinal Chuck Knobluach tweeted, 'Congrats to 46. Yankees retiring his number. Hopefully they don't retire it like his HSH testimony.'

Congrats to 46. Yankees retiring his number. Hopefully they don't retire it like his HGH testimony.

Along with Pettitte, the Yankees are also retiring the jerseys of Bernie Williams and Jorge Posada.