Suspect arrested for murder of model Christina Kraft in Pennsylvania 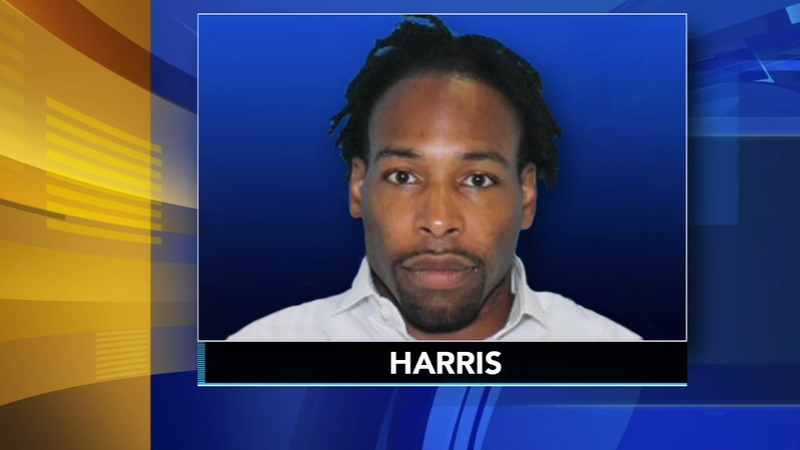 ARDMORE, Pennsylvania -- Police have arrested a suspect for the murder of model Christina Kraft last week in Ardmore, Pennsylvania.

The suspect has been identified as 30-year-old Jonathan Wesley Harris of Johnstown, Pennsylvania.

Harris is charged with first, second, and third-degree murder, robbery and theft.

He was arrested by the U.S. Marshals while getting off a bus in Pittsburgh on Wednesday after allegedly fleeing the Philadelphia area.

Sources said after learning of his departure from Philadelphia to Pittsburgh on a bus that was due to arrive at 3:45 p.m., undercover agents waited until he got off the bus and took him into custody without incident.

Court records show Harris, from Johnstown, Pennsylvania, had just been released from state prison on July 15. He was serving time on a list of charges including assault. Officials said he was staying with a sister in southwest Philadelphia.

Authorities say he was the person of interest seen in the surveillance images released earlier this week.

Suspect arrested for murder of model Christina Kraft in Ardmore, Pa. Watch this report from Action News at 4:30pm on August 29, 2018.

According to authorities, this person said Harris texted him or her around the time the former Playboy model was murdered and said he was at her apartment in Ardmore.

"Christina was beaten, and the beating was substantial. Her nose was broken, she had black eyes, there was a lot of blood," he said. "Then she died of strangulation. Something was put around her neck."

According to investigators, Kraft left her apartment on Sibley Avenue in the early morning hours of Wednesday, Aug. 22 and used Lyft to go to the 1400 block of Chestnut Street in Center City Philadelphia.

Kraft was killed during a violent struggle within that two-hour timespan, Steele said.

Kraft's body was discovered on the evening of Aug. 22 during a wellness check by police.

Steele said he has not seen anything to indicate there was a previous relationship between Harris and Kraft, but he added the investigation is still ongoing.

"Whether it was a chance meeting or something else, I can't say," said Steele.

Meanwhile, police are also looking for 31-year-old Andre Melton in connection with a burglary at Kraft's apartment the previous weekend.

Investigators say designer bags and jewelry Kraft reported stolen were found at his Theodore Street home in southwest Philadelphia. Steele said investigators do not yet know if this burglary and Kraft's murder are connected.