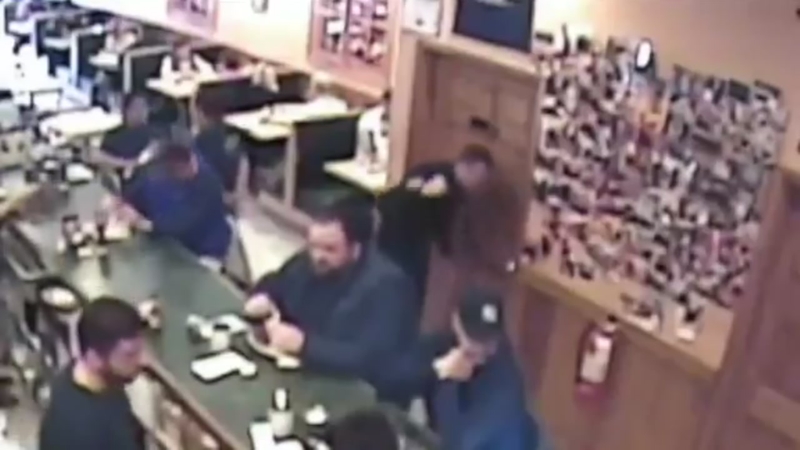 NEW YORK -- An NYPD officer is okay after a customer saved his life when he started to choke at a diner.

PIX11 reports a surveillance camera at a Staten Island diner caught the moment when a police officer was walking into the bathroom and began to choke.

The officer started motioning with his hands that he was choking, and that's when Rob Allegre stepped in to help.

"I didn't know what was going on, he was just hunched over and I knew there was something going on and I asked him if he was alright," Allegre said.

Allegre said he immediately started the Heimlich maneuver, "I did it three times and then he ended up started breathing."

The identity of the officer is unknown, a department spokesperson told PIX11 News he wishes to remain anonymous.