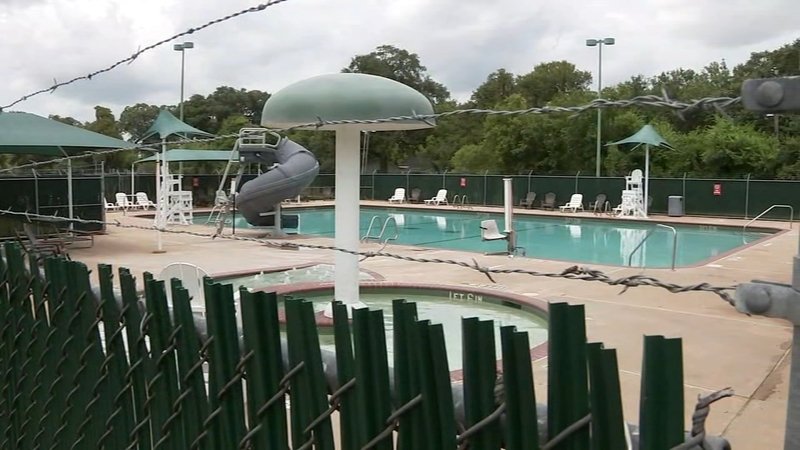 LAKE JACKSON, Texas (KTRK) -- The City of Lake Jackson is conducting an investigation after 12 people, mostly children, were transported to the hospital after swimming in a community pool.

On Friday, Aug. 2, a 'dive-in' movie event was held at an outdoor pool in Lake Jackson. Some attendees were exposed to water treatment chemicals, primarily chlorine.

This sent 11 children and an adult to the hospital. Six were transported by EMS to CHI St. Luke's in Lake Jackson, according to city leaders. Another half dozen were taken to CHI St. Luke's by their families. Eleven of the 12 were treated and released by CHI St. Luke's. One child was transported to a hospital in Houston. That child is still being treated.

"We are devastated that such a joyous event turned bad and attendees, especially children, were hurt," City Manager William Yenne said in a Facebook post.

Yenne says the mayor has been in contact with all the families affected.

RELATED: What to know about chemical leaks at your community pool
EMBED More News Videos

What to know about chemical leaks at your community pool

The city says all of the pool equipment has been checked out by a pool service company and was found to be in proper working condition. City leaders add that proper procedures are being reinforced with all staff in order to prevent this type of event from happening again.

The outdoor pool will scheduled to re-open on Tuesday, Aug. 6.