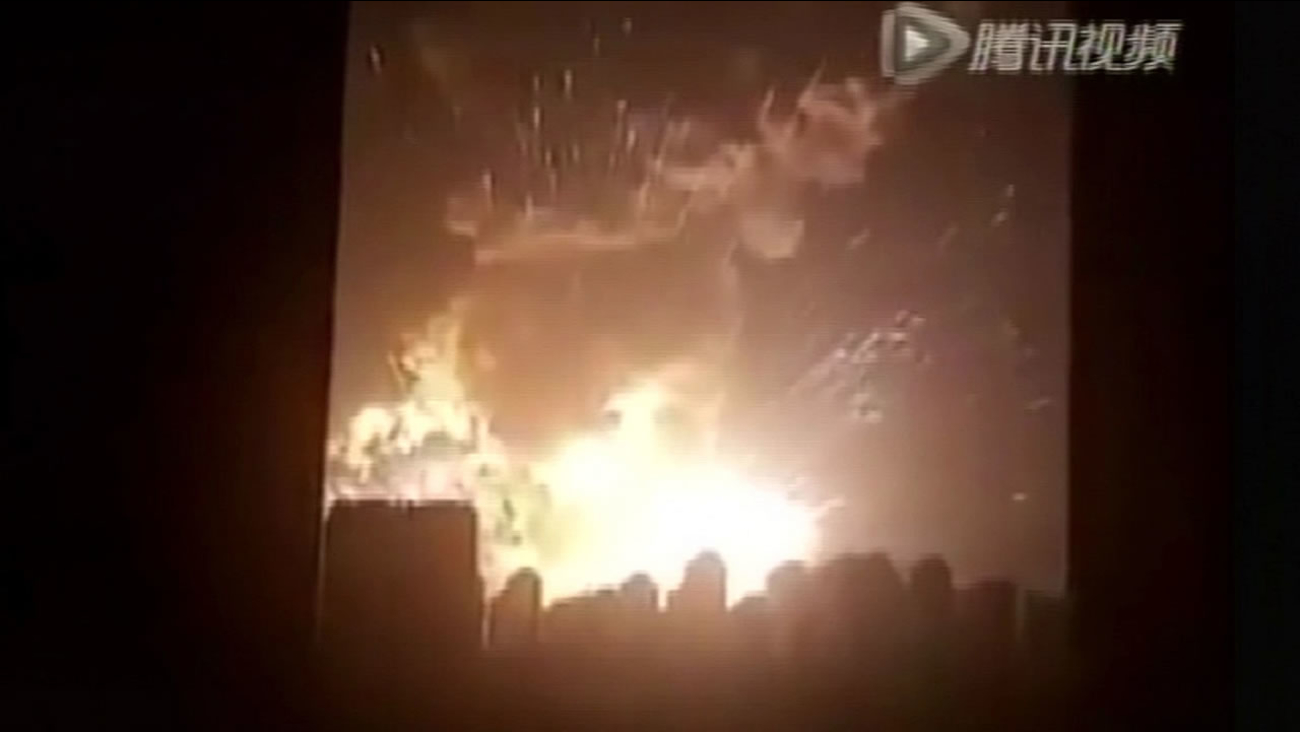 Over a dozen people have died and nearly 300 were injured in a series of explosions that happened at the port city of Tianjin, China. (KGO-TV)

TIANJIN, China -- Chinese state media say the death toll from massive blasts in the port of Tianjin has risen to 104.

The new toll comes as rescuers scour the warehouse district devastated by a fire and series of explosions late Wednesday at a warehouse for hazardous chemicals.

Rescuers also found an additional survivor Saturday as authorities evacuated much of the area to clean up dangerous chemical contamination. Several additional small explosions rocked the disaster zone as the clean-up continued.

The toll includes at least 21 firefighters - making the disaster the deadliest for Chinese firefighters in more than six decades. Several remain missing.