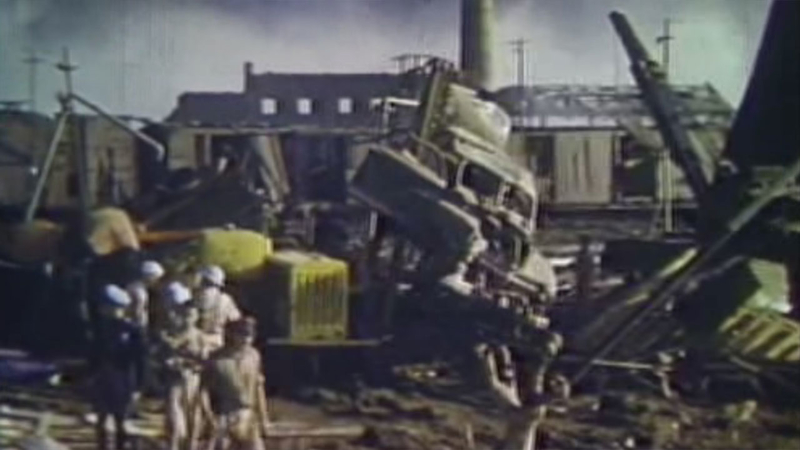 TEXAS CITY, TX (KTRK) -- More than 300 people were injured following a massive explosion at a Chinese port city. The blast draws many similarities to the Texas City explosion that killed hundreds of people on April 16, 1947.

The Texas City explosion is known by those who survived as "the blast." More than 500 people died, and thousands of others were injured.

The explosion in China, as one survivor put it, sent a chill up her spine.

Sonja Angelo was in third grade in 1947 when the blast in Texas City killed her uncles, who were both firefighters. They were sent onto the SS Grandcamp, a ship that was carrying 2,300 tons of ammonium nitrate when it caught fire and detonated.

That explosion destroyed everything around it. The blast felt hundreds of miles away.

Angelo and her classmates survived the bast. She said for years, it was a topic rarely discussed among her family and friends.

The effects of the explosion were felt for years -- even today.

Angelo said the explosion in China, those unbelievable images brought some of the pain back.

"It's almost like it comes up your spine and it goes up the back of your neck and you go ughhhh ... because you know those people running away, and those people that are looking for their loved ones and can't find them," Angelo said. "They know they went to work but they don't know where they are. They don't know whether they will see them again. People running across pastors. People did not know where their kids went. They did not know where their moms and dads were. It was a horrible, horrible feeling."