Husband and wife killed in Liberty Co. house fire found just feet from each other 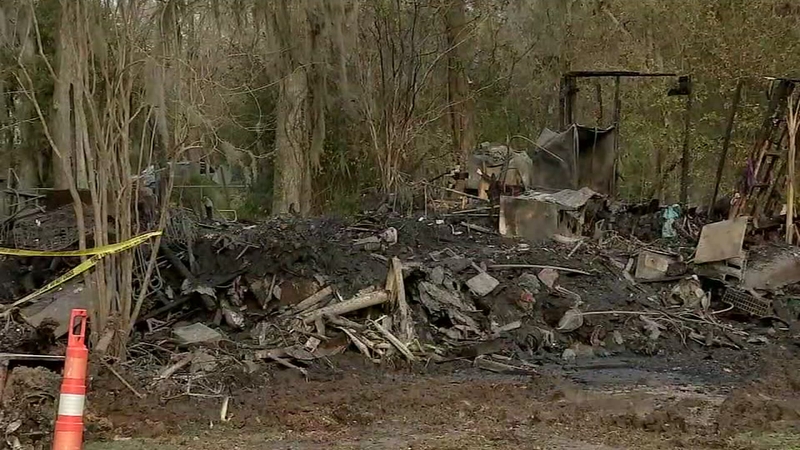 Childhood sweethearts killed when fire erupts inside their kitchen

MOSS BLUFF, Texas (KTRK) -- Distraught neighbors are in mourning after a couple was killed when a massive fire erupted inside their Liberty County home just days before Christmas.

New video shows just how intense this fire was Friday night in Moss Bluff, taken by a helpless neighbor who said he did everything he could to save them.

Firefighters discovered the bodies of Jack and Angela Smalley early this morning after extinguishing the fire.

Friends said the Smalleys were childhood sweethearts who lived in the home for more than 20 years.

The neighbor who sprung into action to rescue them didn't want to talk on camera, but said he first tried honking the horn of his pickup truck before beating on the front door.

But the fire was already taking hold, and his efforts proved too late. His video shows flames reaching towards the sky, illuminating the wooded lot around the home.

A Liberty County couple lost their lives when a fire erupted at their home overnight.

Investigators said the couple was in their early 60s.

The fire is still under investigation, but Liberty County Fire Marshal Bill Hergermueller said initial evidence points to the cooking stove. It is possible the stove exploded, according to investigators.

Complicating matters was the wooden frame structure on the home, which helped fuel the fire.

Today, neighbors left a wooden cross against the couple's vehicle, one of few things left after the fire destroyed the home.

The Smalleys leave behind a daughter and two grandchildren, who now face the holidays without their loved ones.