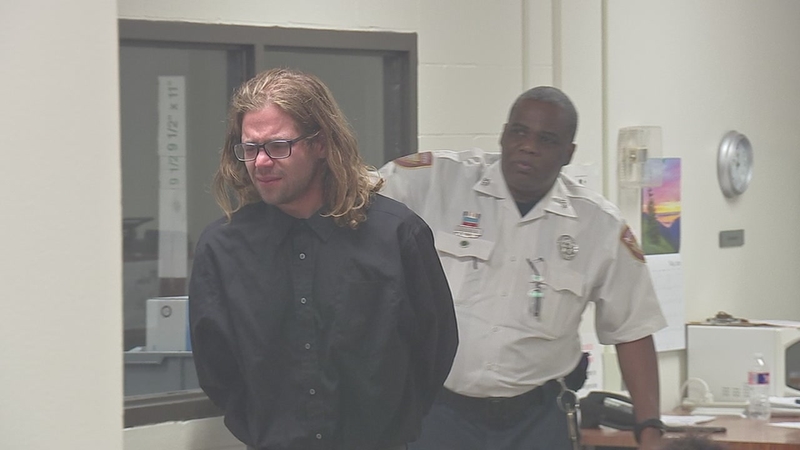 BAYTOWN, Texas (KTRK) -- A Baytown father charged after allegedly leaving his 18-month-old daughter inside a hot car while he was in the store appeared in court overnight.

Eyewitness News reporter Jeff Ehling is live at the court where new details came out about the case.

Court officials say Curry left his daughter in the car for 18 minutes Wednesday while he was shopping at a Kroger.

The windows were up and she was covered in a blanket.

Video shows Curry entering the store and at check out. Meanwhile, authorities say the temperature inside the vehicle his child was in reached around 112 degrees.

Children can die once their body temperature hits 107 degrees. Officials say Curry's daughter was suffering from the heat.

According to information read in court, "the child was crying, her cheeks were red and she appeared sweaty. The fire department advised the child was covered in two blankets and was asleep when they arrived."

Curry's grandmother, the child's great-grandmother, said Curry loves his kids but there's no excuse for what happened. She told ABC13 the family will not bail him out of jail.

Once Curry is out of jail, he will not be allowed to have unsupervised custody of his children.